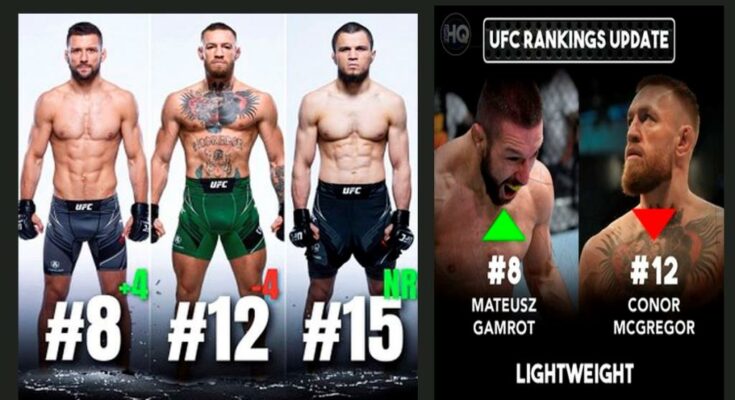 The UFC rankings have been updated following UFC Vegas 57 – Full report of changes you can see below:

Women’s Pound for Pound: No changes

Bantamweight: After improving his UFC record to 3-0 with a dominant victory over Nate Maness at UFC Vegas 57, Umar Nurmagomedov debuts in the rankings at #15. Also this week, Pedro Munhoz moves up to #9 ahead of this weekend’s bout against Sean O’Malley, causing Song Yadong to drop one spot to #10. Ricky Simon also dropped one spot to #12.

You can view the full updated UFC rankings here.