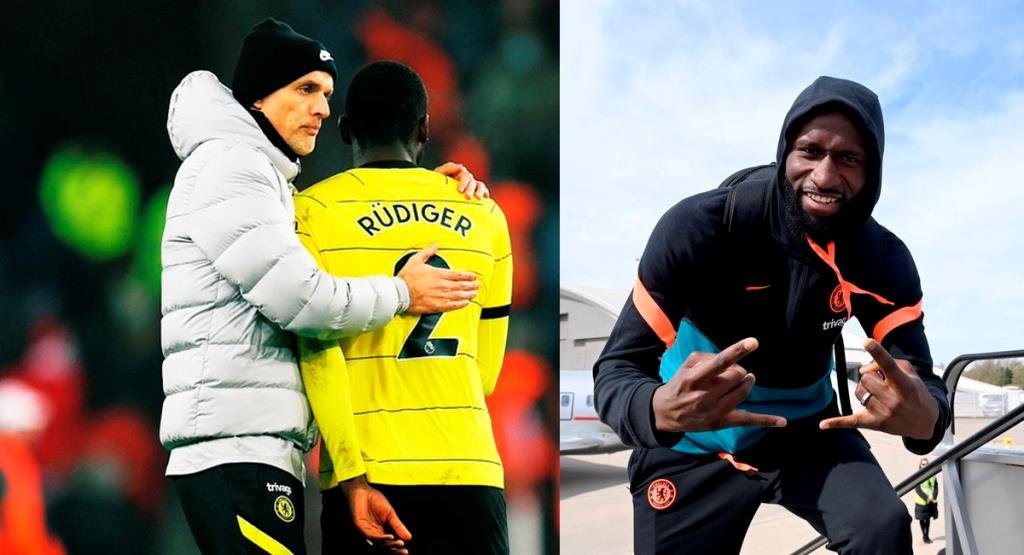 Following a 3-1 win in the first leg of their quarter-final clash, Real Madrid played hosts for the second leg. Although they succumbed to a 3-2 defeat on the night, they did just enough to complete a crucial 5-4 win on aggregate across both legs.

Mason Mount, Antonio Rudiger and Timo Werner established their names on the scoresheet as Chelsea led 3-0 on the night (and 4-3 on aggregate) until the 80th minute, and they well and truly looked on course to progress to the next round. However, Rodrygo restored parity (on aggregate) before Benzema scored Real Madrid’s 5th goal of the tie in extra time to seal Los Blancos’ place in the semi-finals of Europe’s most coveted competition.

Although Rudiger scored Chelsea’s second goal of the night, he was also partly responsible for conceding Benzema’s winner after an unfortunate slip gifted the Frenchman all the space in the world to find the net. However, following the final whistle, Blues boss Thomas Tuchel was full of praise for the German defender. As per Metro, Tuchel spoke in a post-match interview and reportedly said:

“Toni was outstanding. It was a world-class performance in all belongings. It is what he does on an extremely high level. It is his mentality and focus, and leadership all combined. It is outstanding. This is another example of what he can do after another. That’s it.”

Despite the disappointing result, Antonio Rudiger insisted on focusing on the positives from the match, and pointed out Chelsea’s reluctance to give up despite heading into the second leg with a dire 3-1 deficit. The defender spoke candidly about the tie, and also hailed Real Madrid stars Karim Benzema and Luka Modric. Speaking to BT Sport (via Metro) He said:

“The positive is we didn’t give up. Not many teams can come and dominate them as we did. But over the two legs if you make these kind of mistakes like we did, you get punished. The game plan was to find our number 10s. To find the space. We found it and got the goal. We didn’t panic. In the second half we did everything we could but over the two legs, as I said, you make these mistakes you get punished.”

“It was a do or die for us. I think before the game not everybody thought we would have the 3-0. For them the individual class comes to light with Modric and Benzema.”

Chelsea will have no choice but to quickly put their disappointment behind them and focus on their next match – their FA Cup semi-final clash against Crystal Palace, scheduled to be played this weekend.