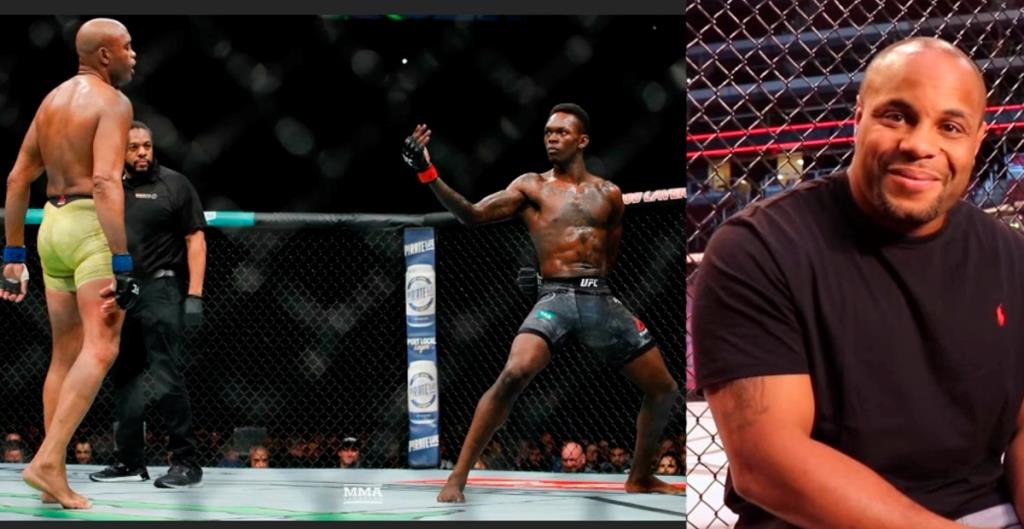 Israel Adesanya is back in action at UFC 271 when he takes on Robert Whittaker next weekend.

The Nigerian has been UFC middleweight champion three years in a few months and he has beaten the top contenders in the division.

Now, he is taking on Whittaker again in lieu of any fresh challengers and the only defeat he suffered in his 22 professional fights came against Jan Blachowicz when he tried to secure the light-heavyweight title and become a double champion.

The weight difference on the night was too profound, but there is no denying that Adesanya is having a special run as champion. But, is he the greatest 185 pounder ever? Former double champion Daniel Cormier says no.

“No. Dude, Anderson Silva existed,” Cormier said when asked by Ryan Clark is Adesanya is the middleweight GOAT on ESPN MMA’s DC & RC Show. “Anderson Silva existed. Like, I don’t get this recency bias that fans have. Honestly RC, I think the word goat gets thrown around way too easy in fight sports.

Silva holds the record for longest title reign in UFC history at 2,457 days – that’s over six-and-a-half years. He also successfully defended the title a record 13 consecutive times in that span. Which is insane.

Muhammad Ali is widely considered to be one of the greatest boxers who ever lived and while his achievements in the ring are incredible in their own right – he was a three-time undisputed heavyweight champion – his cultural influence on the sport and indeed, the world is what made him a lasting legend.

Anderson Silva had the same kind of influence on MMA and before there was a Conor McGregor, Silva was one of the pioneers taking the UFC to the mainstream.

Adesanya, 32, is crafting quite the legacy himself at middleweight, but this will only be his fourth title defence at UFC 271. Granted, it was hard to be as active as he might have liked during the Coronavirus pandemic.

Silva is still fighting, but in a boxing ring these days. Aged 46, Silva only won once in his last nine fights after the leg break that changed his career in 2013, one of those losses coming against Adesanya.