T.J. Dillashaw shared his plans for the near future 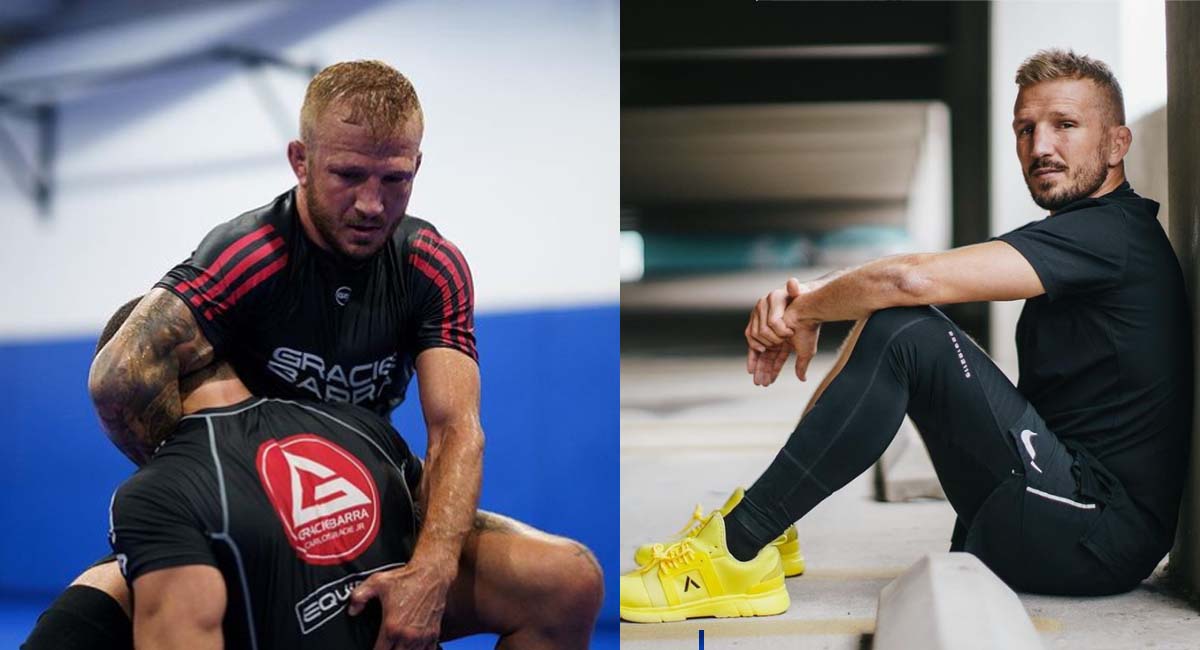 Former UFC bantamweight champion American T.J. Dillashaw shared his plans for the near future. According to Dillashaw, first of all he is going to get his title back by defeating its holder Aljamain Sterling, and then he is going to avenge Henry Cejudo for his defeat.

UFC bantamweight T.J. Dillashaw is eyeing up revenge over Henry Cejudo if he wins the title against Aljamain Sterling.

It’s likely the former two-time UFC bantamweight champion will be fighting against current division’s champ Sterling for the title next. With the Jamaican having called out the American in his post-fight interview at UFC 273, Dillashaw is hungry for the title.

UFC President Dana White even approved the fight himself following UFC 273 with Petr Yan having to take a backseat, for now, to see if a trilogy fight will go ahead with him and Sterling.

Both fighters have spoken publicly about how they feel the fight will be ‘easy’ for themselves, envisioning a clear path to victory. T.J. Dillashaw recently claimed that Sterling isn’t a UFC-calibre champ while the champion sees his foe as an ‘easy fight’.

Speaking to ESPN MMA, Dillashaw spoke of his timeline with a title shot around the corner.

“All the chips are lining up perfectly right now,” said T.J. Dillashaw.

“I mean, get my belt back from Sterling, I got Cejudo supposedly saying he’s coming back, right? Who knows if he goes for ’45s or ’35s. That’d be one that I would love to get back. Then we got José Aldo, a guy that I’ve looked up to when I first got into the sport and kinda dreamed about once I beat Barão. I’ve got some options to defend that belt once I get it. It’s gonna be an exciting 2023.”

Dillashaw fought Henry Cejudo for the UFC flyweight title back in 2019 where he fell to a first-round knockout defeat that night. Following what was his UFC flyweight debut, the 36-year-old would be suspended for two years due to testing positive for EPO use.

Having now returned, T.J. Dillashaw is looking to prove all his naysayers wrong on return. With a top-ranked contender already taken care of, he is now eyeing up the title before revenge over his former foe.

Cejudo recently met with the UFC to talk about a potential return to the Octagon. The question remains as to what division he would look to compete in having had the name of UFC featherweight champion Alexander Volkanovski on the tip of his tongue for a while now.

If he does return to bantamweight, then T.J. Dillashaw would be looking to run their fight back, this time in his natural weight class.