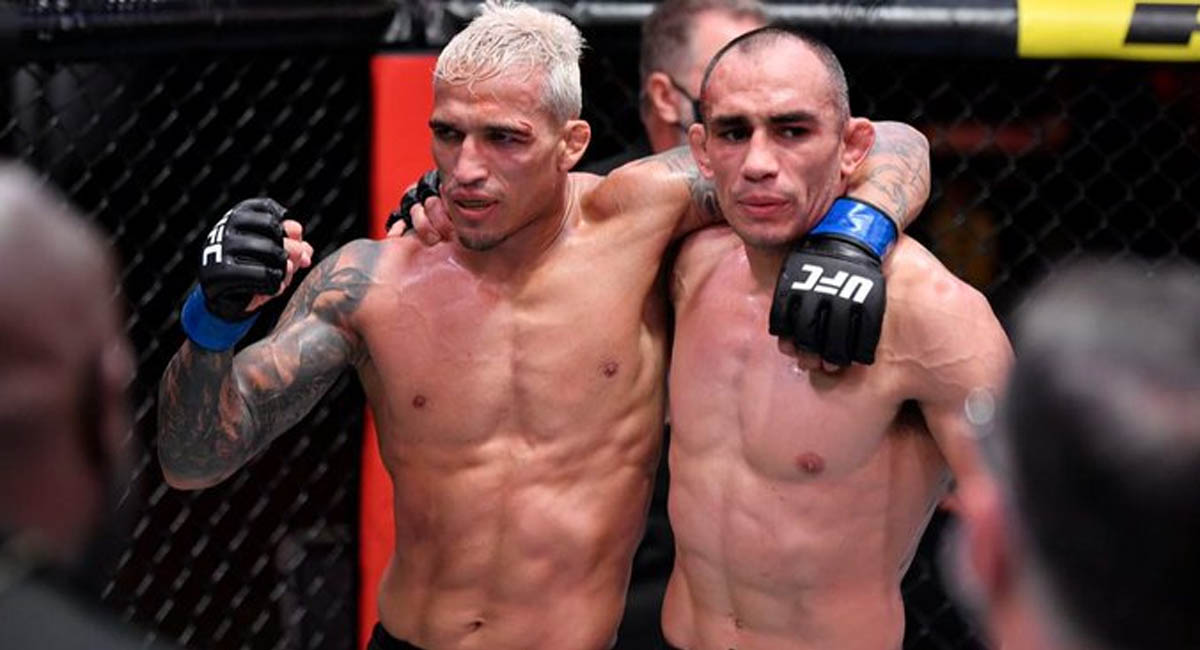 The respect between Charles Oliveira and Tony Ferguson is quite obvious, despite the fact that they are former opponents.

After a joint performance in the UFC 264 card, the two exchanged a generous display of sportsmanship on social networks so that fans could appreciate it.

After Tony Ferguson’s disappointing knockout defeat in a fight with Michael Chandler, Oliveira expressed support for “El Cucuy” with a sincere tweet, and also offered to train together for his next fight.

“We’re among big dogs, up & downs are part of our journeys [sic]. I admire you a lot @tonyfergusonxt. You’ve the history inside the Octagon. Head up “El Cucuy”! If you wish, let’s train together in ChuteBoxe’s headquarter [sic] in Sao Paolo for your nxt fight. You’re a brother!”

Tony Ferguson responded to the former lightweight champion with words of respect.

In a recent interview with MMA Junkie’s Mike Bohn, Ferguson addressed the matter.

When asked if he thought Charles Oliveira had made the offer for ‘social media clout’, Ferguson rejected the idea and said that he believes the gesture was genuine. However, he also stated that he has his reasons for not taking up ‘Do Bronx’ on his offer just yet, even though he has respect for Chute Boxe Academy.

“No, I don’t think it’s social media clout. I have to really reflect on what he said because Chute Boxe is a very good school. But he is in my weight class. I’m one of the only fighters that he hasn’t finished… I see myself competing against him again… I’m looking for local gyms that I’m not going to compete with.”

A similar moment took place at UFC 262 as well, where Charles Oliveira gave a brief pep talk to Tony Ferguson.