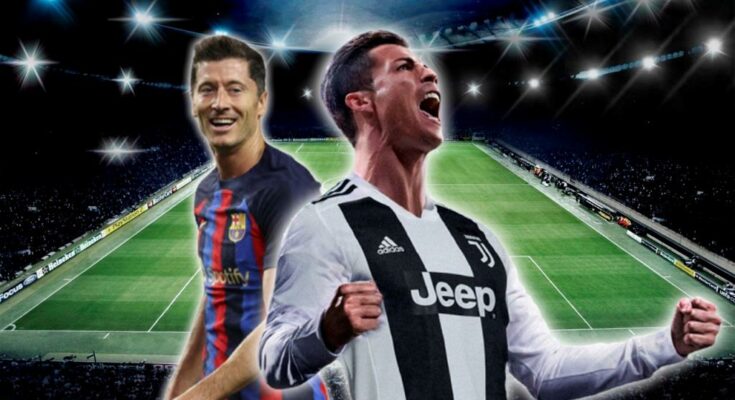 A player’s transfer market valuation depends on a number of factors. His form, the number of years remaining on his contract with his current club and his age are all factors that dictate how much money a club can demand for a player.

We’ve seen more and more teams show a great deal of enterprise and ambition in the transfer market in recent times. Prices have been inflated for a while and teams have had to pay considerably large amounts of money for players they want to rope in.

Generally, players over the age of 30 don’t go for high prices. But of late, we’ve seen plenty of players continue to perform at the highest levels despite crossing over to their 30s.

Without further ado, let’s take a look at the five most expensive transfers ever for players over the age of 30.

Leonardo Bonucci has played for a number of Italian clubs in his domestic career. He is one of the best centre-backs of the modern era and has won nine Serie A titles so far. After stints at Inter Milan, Treviso, Piso and Bari, Bonucci joined Juventus in 2010.

He had an extremely successful stint in Turin, winning six consecutive Serie A titles between 2012 and 2017. But in the summer of 2017, a 30-year-old Bonucci joined AC Milan for a transfer fee of €42 million. He thereby became the Rossoneri’s most expensive signing of all time.

However, Bonucci returned to Juventus the following year on a swap deal involving Mattia Caldara.

Barcelona signed Barcelona midfielder Paulinho from Guangzhou Evergrande for a transfer fee of €40 million. The transfer raised a lot of eyebrows as Paulinho wasn’t exactly of the profile of midfielders we’re used to associating with Barcelona.

But Paulinho impressed with his consistency in his short stint with Barcelona. He ended up scoring nine goals and providing three assists in 49 appearances across all competitions for the Catalans. The Brazilian international was praised for playing a key role as Barcelona won the domestic double that season.

However, Paulinho returned to Guangzhou Evergrande in the summer of 2018-19 on a loan deal with an option to buy. On 4 January 2019, the Chinese outfit exercised the option to make the loan move permanent and signed Paulinho for €42 million. He had turned 30 by then.

Robert Lewandowski has been Europe’s most prolific goalscorer for a couple of seasons now. The Poland international picked up his second successive European Golden shoe last season, scoring 35 goals in the Bundesliga.

Lewandowski finished the 2021-22 season with 50 goals and seven assists in 46 appearances across all competitions for Bayern Munich. The 33-year-old subsequently made no secret of his intention to leave the Bavarians in the summer and was heavily linked with Barcelona.

The Catalans eventually ended up signing him for €45 million.

Barcelona sealed a swap deal for then-30-year-old Miralem Pjanic in the summer of 2020 which saw Arthur Melo going the other way to join Juventus. The two deals were dealt with as separate transactions and the transfer fee quoted for the Bosnia international was €60 million.

Pjanic couldn’t impress then-Barcelona manager Ronald Koeman and ended up starting just six La Liga matches in the 2020-21 season. He was subsequently loaned out to Besiktas for the 2021-22 campaign.

Pjanic is now back at Barcelona but it remains to be seen whether or not he will be at the club beyond the summer.

Cristiano Ronaldo had an extremely successful stint at Real Madrid between 2009 and 2018. He won five Champions League titles and two La Liga titles with Los Blancos before eventually copping a move to Juventus.

He scored 444 goals and provided 127 assists in 434 appearances across all competitions for Real Madrid. Those numbers are simply phenomenal and only a team willing to break the bank would be able to sign Ronaldo, who had won five Ballons d’Or by the summer of 2018.

Juventus shelled out a sum of €117 million to sign the legendary Portuguese forward in that summer’s transfer window. He was 33 at the time.