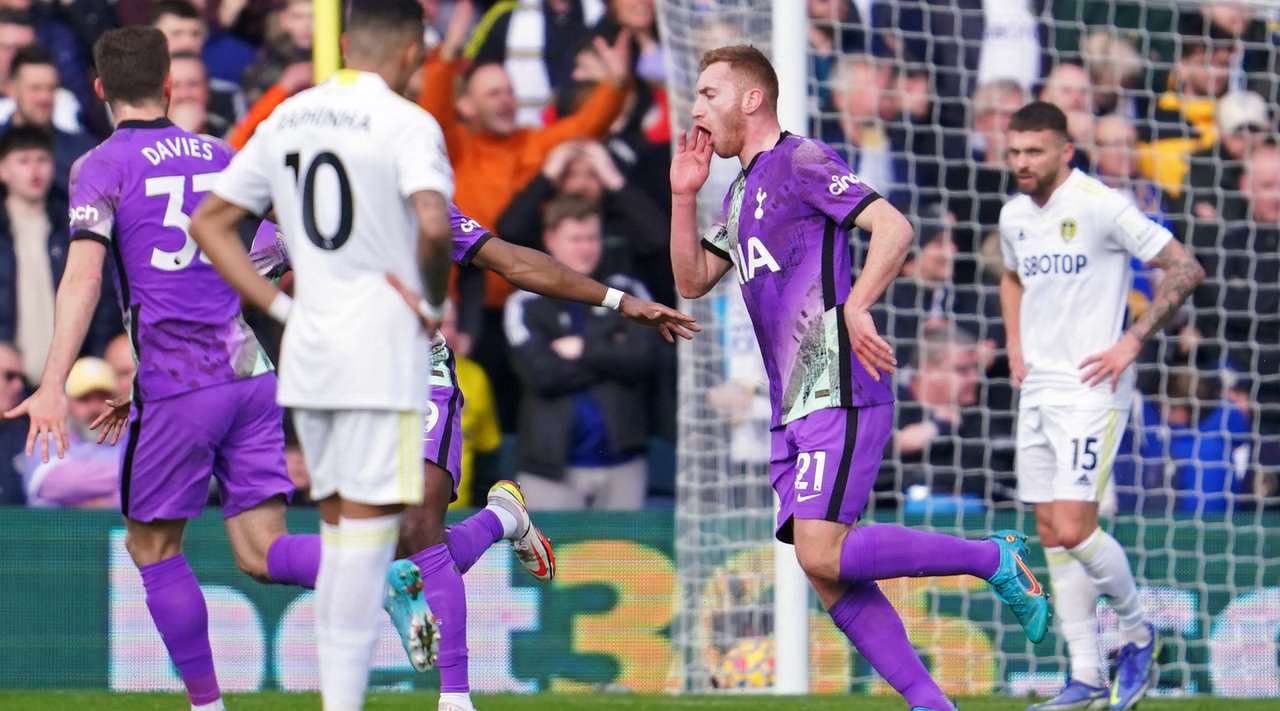 An end-to-end start saw both sides have chances to take the lead, but where Pascal Struijk was wasteful when he headed a free-kick wide, Tottenham were clinical as they exposed the PL’s worst defence.

In a move straight out of the Antonio Conte manual, both wing-backs combined before Matt Doherty – one of two changes to the starting XI beaten by Burnley in midweek – tapped home from inside the area in the tenth minute. Tottenham had a second soon after through Dejan Kulusevski, who whipped a delicious left-footed effort past Illan Meslier.

While Robin Koch saw his side-footed strike hit the post, Leeds became the second side in PL history to concede three goals or more in five consecutive matches when Spurs had struck again before the half-hour mark.

Harry Kane was the goalscorer this time, superbly volleying into the bottom corner after Pierre-Emile Hojbjerg had picked out his captain with an equally impressive scooped through ball.

Despite Marcelo Bielsa making a double change at the interval for the third successive match, Tottenham always looked like adding to their tally.

Sessegnon struck the side-netting, while Son Heung-min was twice stopped by Meslier, who later palmed away Kulusevski’s effort. Leeds wasted a golden chance to net a consolation, but after taking the ball past Hugo Lloris, Stuart Dallas saw his shot blocked by a recovering defender.

Assisted by a glorious pass from Kane, Son hit a late fourth that compounded Leeds’ misery and also saw his partnership with the England captain become the most prolific in PL history.

Raphinha’s late free-kick, which hit the post, was the final act of Leeds’ third consecutive home defeat, which leaves them three points above the relegation zone having conceded 60 goals already this campaign.

Tottenham, meanwhile, move to within four points of the top four with a vital victory that bucked a worrying trend for the north London outfit – they had lost eight of their last 12 Premier League matches kicking off at 12:30 p.m prior to this clash.