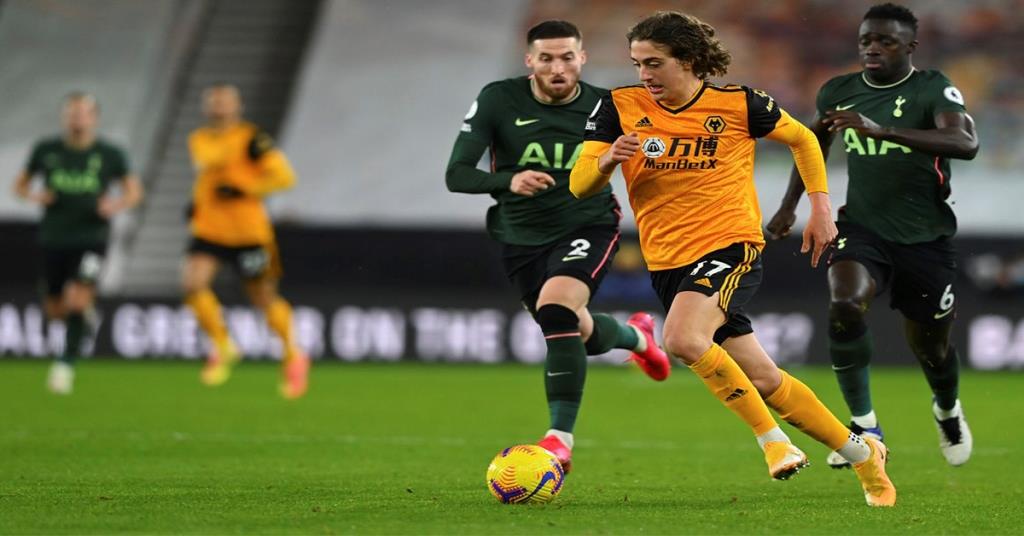 Their losses appear to come in clumps as it’s the third time that Spurs have suffered at least two consecutive defeats this PL season, though Conte shouldn’t panic just yet with his side still managing to win eight of ten PL games in which they opened the scoring (D1, L1).

A streak of scoring 2+ goals in six straight PL home matches also keeps them in the hunt to immediately bounce back here.

Wolves have earned a reputation as being a banana skin for top clubs and Tottenham have found out the hard way, with the West Midlands side winning two of their three visits to Spurs (L1) since returning to the top flight in 2018/19.

With another victory, Wolves could leapfrog Tottenham in the table, albeit having played an extra match, reviving hopes of their second UEFA appearance this century.

Ahead of visits to West Ham and Arsenal throughout a busy February, this matchup will shed more light on Wolves’ credentials after a win at Manchester United formed a run of three PL away triumphs.

It’s the third time since 2019/20 Wolves have won three straight PL fixtures on the road, though they failed to stretch it to four on both previous attempts!

Players to watch: Last round, Son Heung-min overtook Harry Kane to have recorded the most PL team opening goals for Spurs this season with five. Without the injured João Moutinho, Romain Saïss is the only Wolves player to have scored their first goal in a PL victory since October 2021.