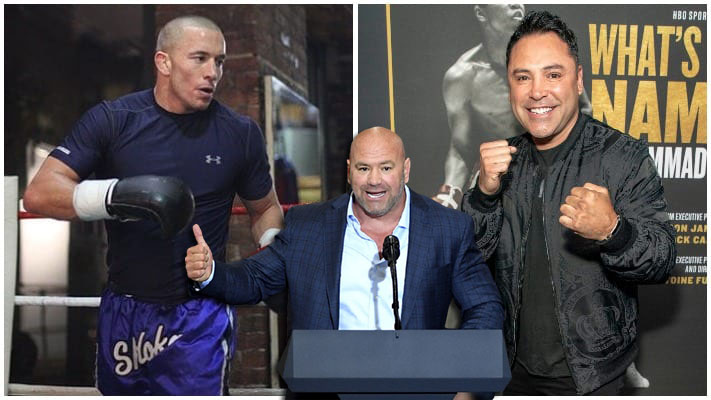 It looks like the newly minted Triller Fight Club promotion is not going to just give up the boxing match between ring legend Oscar De La Hoya and former UFC double weight champion George St. Pierre.

Kavanaugh told ESPN on Wednesday that he and backers will pledge $ 1 million to the charity of UFC president Dana White’s choice if White clears St-Pierre to compete against De La Hoya for Triller, the upstart boxing promotion. Kavanaugh said he will put up $ 250,000 of his own money and several others have come up with the other $ 750,000 for the offer. St-Pierre has retired from MMA but remains under UFC contract.

“We’re trying to hope we can appeal to Dana’s charitable side,” said Kavanaugh, the CEO of Triller parent company Proxima Media. “I’ve offered $ 250,000 and I’ve asked others to join in. So, it’s now up to a million dollars to a charity of Dana’s choice – to allow GSP to go fight for money in boxing, not UFC. When [White ] knows [St-Pierre] will never fight again for the UFC. “