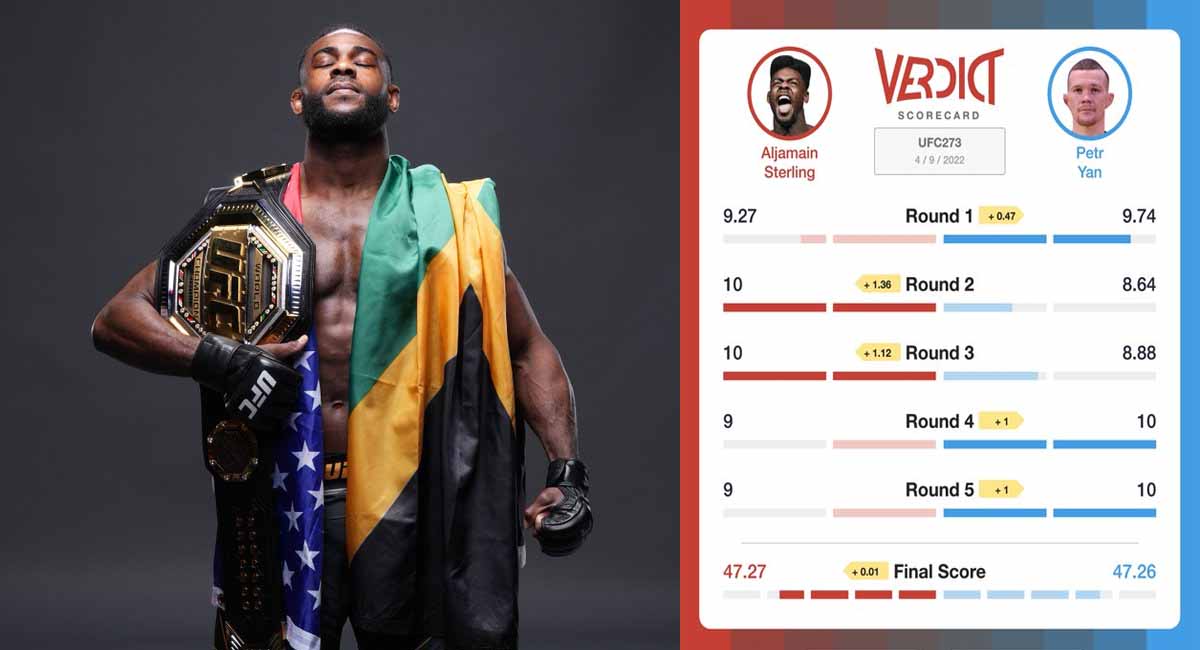 Aljamain Sterling laid all doubts to rest at UFC 273, and emerged as the undisputed UFC bantamweight champion of the world. Even though the first round could’ve gone either way with many people scoring it for the Russian, Sterling’s dominance in the second and third rounds were enough for him to come out on top on the judges’ scorecards.

Although the pair went back and forth on the internet, and even face-to-face as they almost engaged in a brawl, both fighters showed respect towards their opponent when the final bell rang. In all fairness, it was a razor-thin contest for the most part, which could have gone either way.

During his post-fight interview, Petr Yan expressed his disapproval of the result stating that he had done enough for his hand to be raised. Fighting without his usual cornermen, Yan wasn’t at his murderous best and hesitated a bit while engaging.

He released a statement following the loss on Twitter thanking his fans for their support. He said:

‘ Life goes on. Goal remains the same! Thanks for the support 😊✊🏼‘

Aljamain Sterling offers the opportunity for a trilogy fight in 2023

‘Funkmaster’ took the opportunity of his post-fight interview to call out former champion TJ Dillashaw, who was in attendance for a potential fight in the future. He even slammed TJ at the post-fight media scrum for his usage of PED’s and warmed up the world to the idea of this fight.

Aljamain Sterling who paid his respect to Yan inside the octagon later reacted to the Russian’s statement and predicted the trilogy fight to come together in 2023.

UFC President Dana White had confirmed that Aljamain Sterling in all likelihood will fight TJ, while Yan works his way towards another shot at the title.