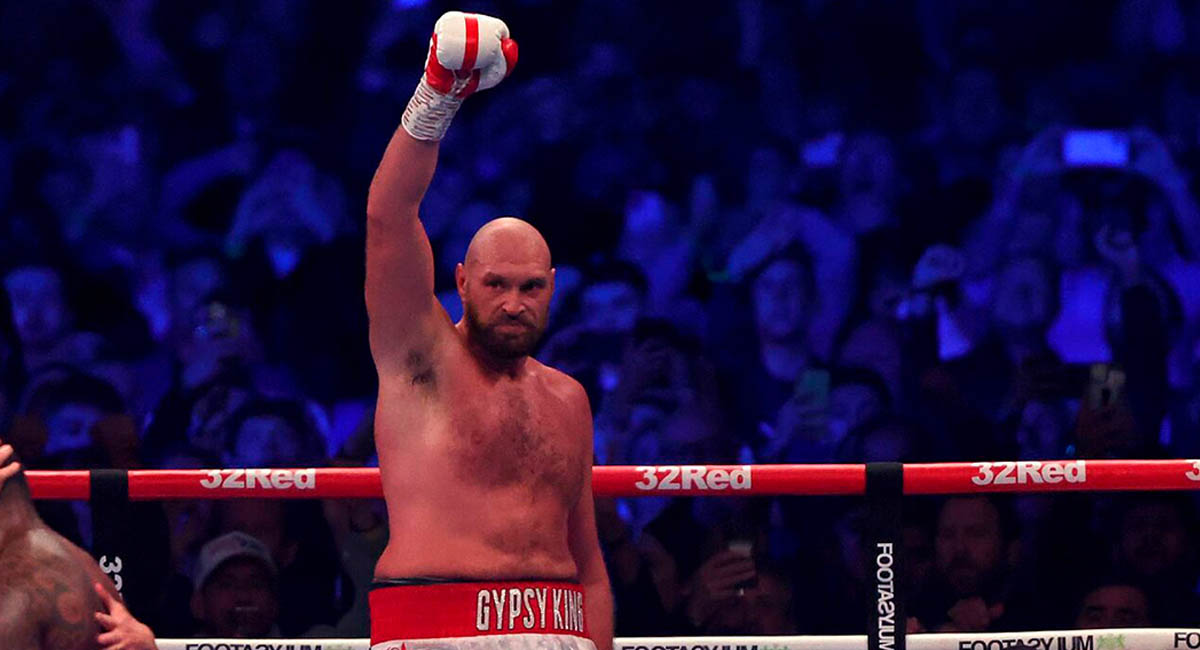 WBC heavyweight champion Tyson Fury believes no boxer could have risen from the devastating uppercut that knocked out Dillian Whyte in his last fight.

“100 percent it would knock any man out,” Tyson Fury said of his magnificent uppercut.

“I don’t like comparing to former greats of the boxing game. It would knock anybody out, but that’s not comparing me to anybody else in history, just people from my era.”

The uppercut was devastating.

Although Fury announced that he is done, he confirmed that he is going to have an exhibition fight against UFC heavyweight champion Francis Ngannou.

Asked if this crossover clash interests him, Fury answered, “Yeah I think it would be an exhibition fight.

“Great, great clash of the titans and obviously I would win.”

Recall that Fury knocked out Dillian Whyte in the sixth round on April 23 and then announced his retirement.