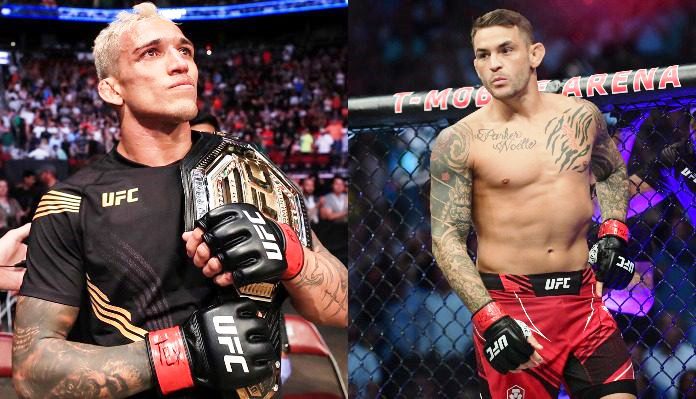 Stephen Thompson, UFC welterweight: That is such a great fight. I’m pulling for Poirier as he has been in the game for so long and he’s on a roll and I think his time is now to win the belt.

Josh Emmett, UFC featherweight: That is a tough one. Charles Oliveira has continued to evolve but Poirier is so well-rounded. This will be a back-and-forth fight with both men likely coming close to winning it but I’m going with Poirier.

Dan Ige, UFC featherweight: That is a crazy fight but I think Oliveira will finish him. Poirier is super tough but Oliveira finds ways to get ahold of a choke or land a punch, he is a finisher.

Diego Ferreira, UFC lightweight: I’m going to go with the champ in Oliveira. I know Poirier is well-rounded but I think Oliveira is so dominant right now and his confidence is at an all-time high. He’s also so dangerous on the ground and on the feet and will overwhelm Oliveira.

Eryk Anders, UFC middleweight: That is a tough one. Oliveira has shown he has hands, too. I don’t think he is as good of a striker as Poirier, but he is awkward. I’ll probably go with Oliveira just cause he finds ways to finish ways.

Randy Costa, UFC bantamweight: Poirier with a late finish. I think after the halfway point in the third round, probably in the championship rounds.

Andre Ewell, UFC featherweight: I feel like Poirier will win but you can’t count out Oliveira as he is dangerous everywhere.

Vince Morales, UFC bantamweight: I got Oliveira. People keep on sleeping on him but he is legit and will finally get some respect with the win over Poirier.

Louis Smolka, UFC bantamweight: Probably Poirier. I think he is the better striker but Oliveira is dangerous and can maybe get it there.