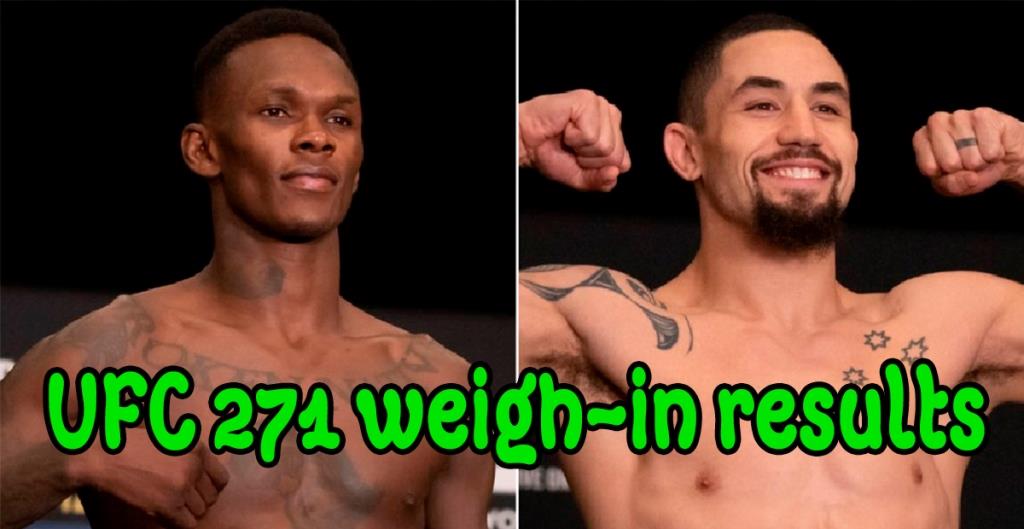 The weigh-ins took place at the UFC host hotel in Houston. The nearby Toyota Center hosts Saturday’s event, which has a main card on pay-per-view following prelims on ESPN and early prelims on ESPN+.

The preliminary card bout between Alex Perez and Matt Schnell was canceled after the former missed weight by two pounds. A UFC official informed MMA Junkie the cancellation came after Schnell declined to partake in a bout in which Perez missed weight. The cancellation marks the fourth time the matchup has been scheduled and canceled – with numerous cancellations occurring during fight weeks.

William Knight also missed the mark, but by a much wider margin. For a light heavyweight bout, Knight weighed 218 pounds – 12 pounds over the light heavyweight limit. As a result, he forfeited 40 percent of his purse and his bout vs. Maxim Grishin was elevated to heavyweight.

Among those who made weight were middleweight champion Israel Adesanya (21-1 MMA, 10-1 UFC) and former champ Robert Whittaker (23-5 MMA, 14-3 UFC), who were among the first to hit the scales.

** = Knight missed weight by 12 pounds; as a result, the bout was shifted to the heavyweight division