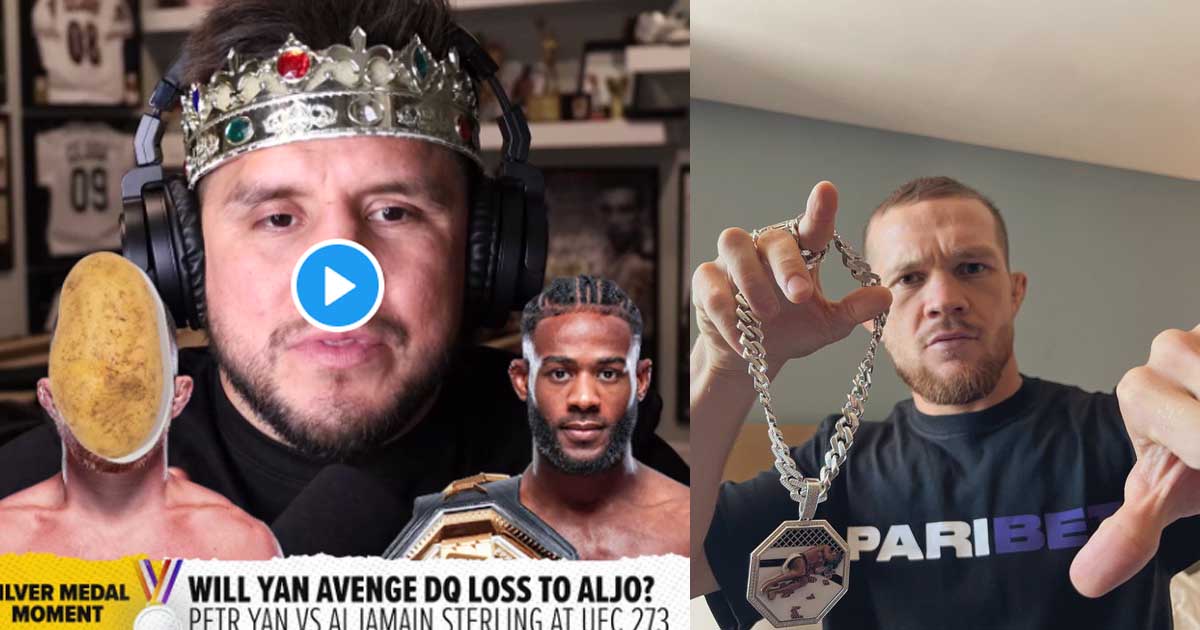 Aljamain Sterling recently doubled down on Henry Cejudo’s take on Petr Yan. ‘Funk Master’ took to Twitter, responding to Cejudo’s assessment of the UFC 259 clash between Yan and Sterling.

While in conversation with The Schmo on the Triple C & The Schmo Show, Henry Cejudo offered fans some insight into the holes in Yan’s game.

He went on to advise Sterling on what adjustments to make in his game to capitalize on those mistakes. Cejudo subsequently voiced his support for ‘The Funk Master’, claiming that he’s backing the New York native to defend his title at UFC 273.

“If I was Aljamain, these are the adjustments I’d make against that ugly potato face Petr Yan. I see the holes in Yan’s game. Aljo has to exploit them. I’m rooting for you [Aljamain Sterling]. You have more of a shot than people are giving you.”

Watch Henry Cejudo’s take on the Sterling vs. Yan scrap below:

Sterling, in a recent post on Twitter, agreed with Cejudo’s assessment of Yan’s mistakes and how he could improve his game to overcome the challenge presented by the Russian come fight night.

“I finally agree with you on something.”

In a recent video that he posted on his YouTube channel, Aljamain Sterling offered fans some insight into his final weight cut ahead of UFC 273. Sterling was seen wrapped in towels and a heated blanket that recreates the effects of sitting in a sauna.

Both the reigning and former UFC bantamweight champions successfully made championship weight in their first attempts at the UFC 273 weigh-ins. Sterling came in at 134.5-lbs. Yan, on the other hand, tipped the scales at 134-lbs.

Sterling and Yan are slated to run things back with the bantamweight title hanging in the balance at UFC 273. The fight is set to take place on April 9, Saturday, at the VyStar Veterans Memorial Arena in Jacksonville, Florida.