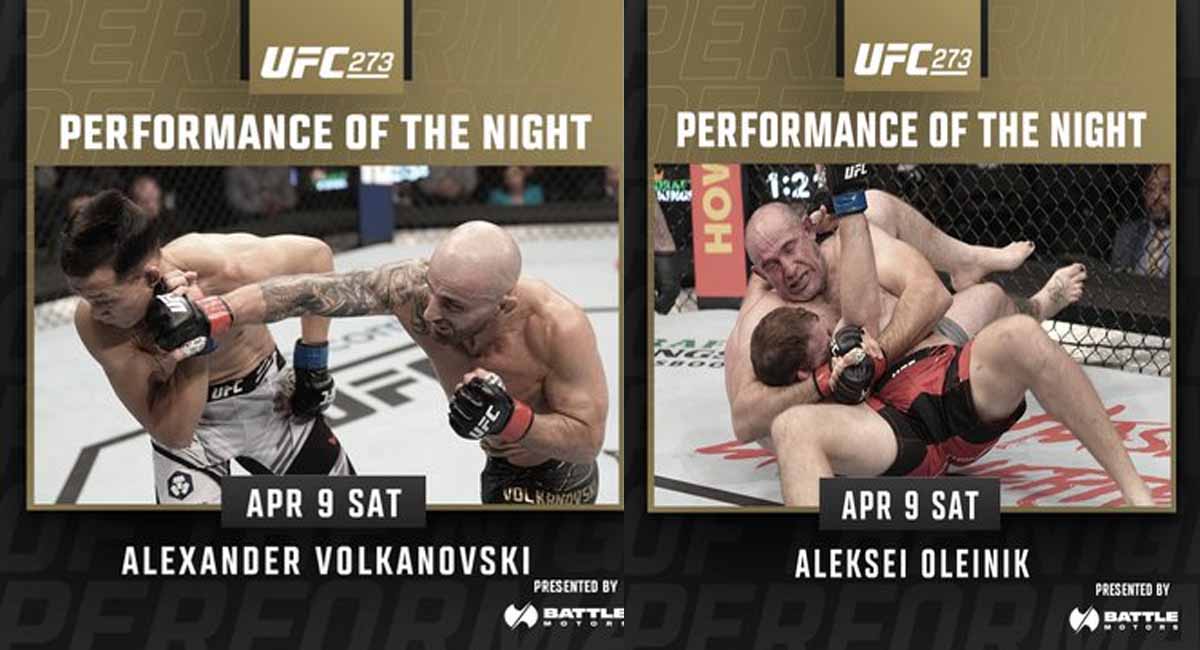 The Octagon returned to Jacksonville for tonight’s UFC 273 event, a twelve-bout fight card headlined by Alex Volkanovski vs. The Korean Zombie.

The highly anticipated featherweight title fight was dominated by the reigning featherweight champion of the world. Alex Volkanovski put on an absolute clinic while The Korean Zombie once again showed of his tremendous heart and incredible toughness.

In the end, it was the Aussie emerging victorious by way of fourth round TKO after referee Herb Dean decided to mercifully step in and call a stop to the contest.

UFC 273 was co-headlined by a bantamweight title fight rematch featuring Aljamain Sterling taking on Petr Yan. The bout went the distance as Petr Yan and Aljamain Sterling battled it out for five straight rounds.

After a back and forth opening round, ‘Funkmaster’ went on to dominate rounds two and three. However, after surviving multiple rear-naked choke attempts, Petr Yan stormed back to win the final two rounds. In the end, two judges saw the contest in favor of Sterling, who retained his title by split decision.

Following the conclusion of tonight’s event, UFC officials announced at the post-fight press conference that four fighters would be taking home performance bonuses.

Fight of the night: Welterweight fighters Gilbert Burns and Khamzat Chimaev earned an extra $50k for their thrilling three round war on tonight’s UFC 273 main card. ‘Borz’ ended up winning the fight by unanimous decision (29-28 x3).

Performance of the night: Alex Volkanovski pocketed an extra $50k for his TKO victory over The Korean Zombie in tonight’s UFC 273 main event. The Aussie put on a brilliant performance which led to an early stoppage in round four.

Performance of the night: Aleksei Oleinik earned an extra $50k for his first round submission victory on tonight’s prelims. The win marked number 60 for the Russian veteran.

Are you surprised by any of the performance bonuses handed out by Dana White and company following the conclusion of tonight’s UFC 273 event?