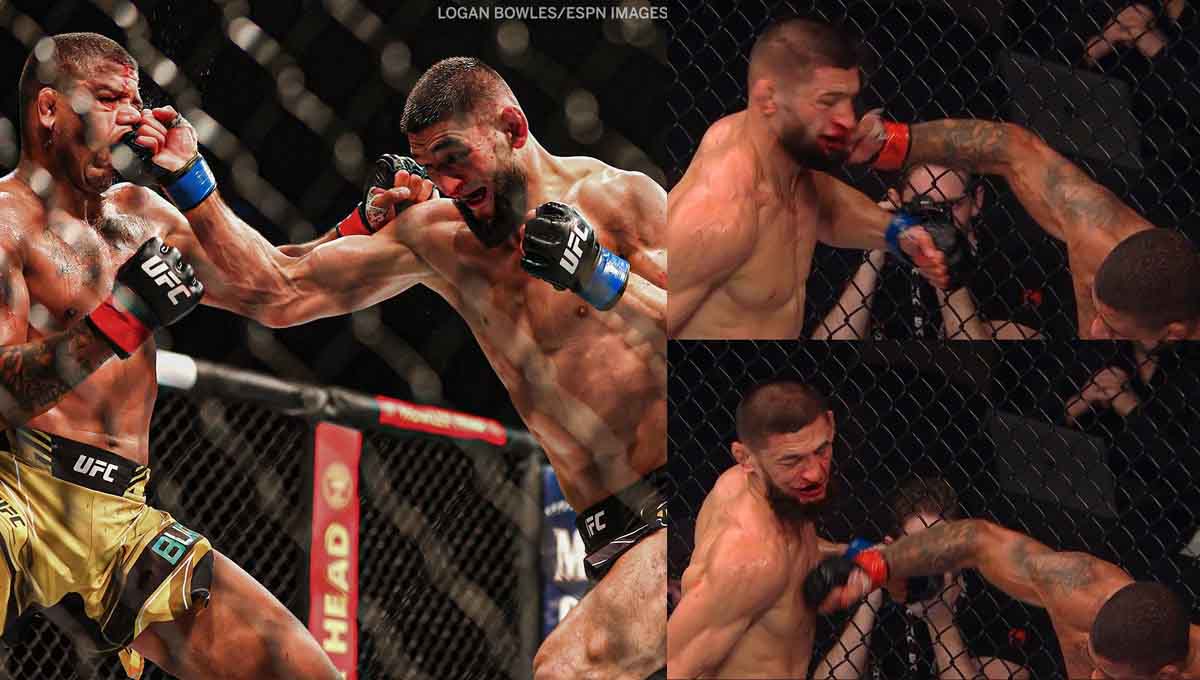 Khamzat Chimaev and Gilbert Burns put on a fight for the ages at UFC 273. ‘Borz’, who’s enjoyed a dominant run in the UFC, was pushed to his absolute limit by Burns, leaving fans extremely shocked and excited.

A fan-shot video was recently uploaded to social media that documented the moment ‘Durinho’ dropped Chimaev, sending the crowd into a wild frenzy. The moment wasn’t recorded as an official knockdown by the UFC.

It was followed by a wild kick aimed at a downed Chimaev, which further drew a large reaction from the fans.

Check out the short clip posted by a fan below:

Chimaev’s UFC 273 clash against Burns was a true litmus test for the hype that surrounds him. Once he was locked inside the octagon, face-to-face with his hardest test yet, the Chechen-born Swede did not disappoint.

‘Borz’ managed to outperform the Brazilian over the course of three rounds, walking away with a unanimous decision win at the end. All three judges scored the contest 29-28 in his favor.

With a win against the No.2-ranked welterweight in the division, Chimaev is eyeing greater challenges in the UFC.

Following his outing at the VyStar Veterans Memorial Arena in Jacksonville, Florida, Chimaev trained his aim at Colby Covington, promising to knock him out when they finally cross paths inside the octagon.

Khamzat Chimaev commemorates his UFC 273 outing with cornerman Darren Till

Khamzat Chimaev and Darren Till, lovingly dubbed the ‘Smesh Bros’, were documented sharing a wholesome moment at UFC 273.

In a recent post on Instagram, the Allstars Training Center product shared a picture of the duo taking in the moment at the event, with Chimaev sitting on top of the cage with Till peering over it, right by his side.

“I don’t care I will fight anyone. My brother [Darren Till].”

With his most recent win at UFC 273 against Gilbert Burns, Khamzat Chimaev has improved his unblemished record to 11-0, with a UFC slate of 5-0.