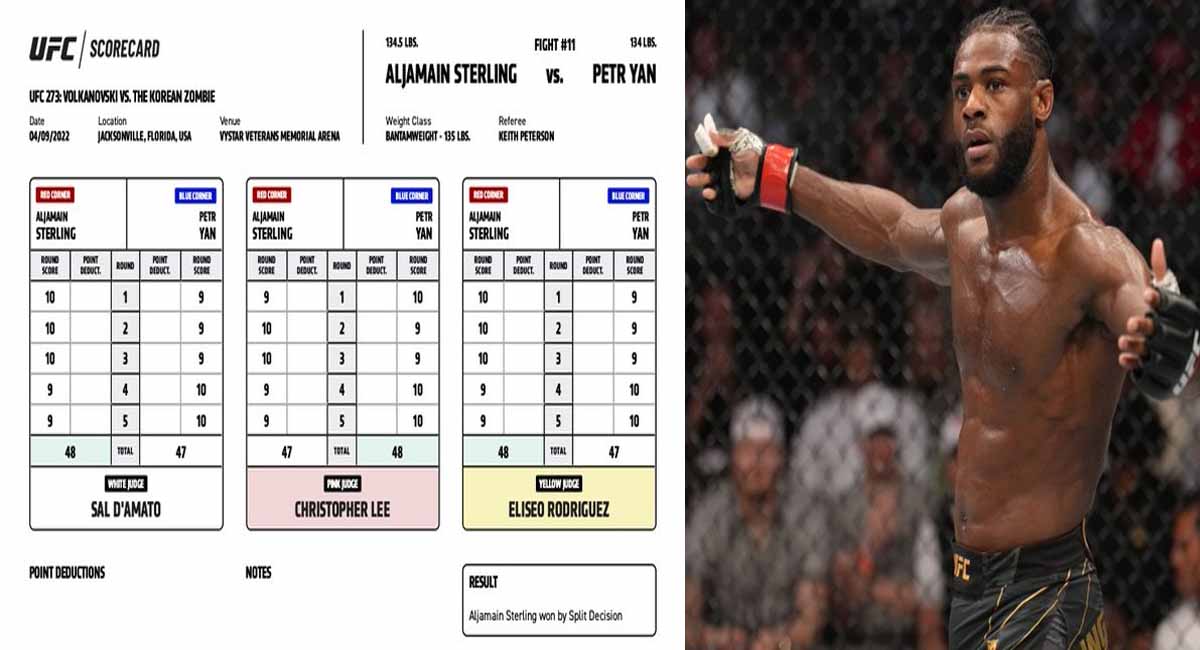 Petr Yan and Aljamain Sterling fought in the co-main event of UFC 273. The fight was a rematch and was for the bantamweight title unification. Both fighters gave a good account of themselves in the contest.

Sterling got the better of ‘No Mercy’ with his grappling skills in rounds two and three. The Russian bounced back and outperformed ‘Funk Master’ in the fourth and fifth rounds. The fight ended in a split decision victory for Sterling as the three judges scored the bout 48-47, 47-48, and 48-47 in favor of the 32-year-old.

But the fight’s outcome did not go down well with many MMA fans who thought Yan was the rightful victor of the fight. These fans took to social media to express their disagreement with the result.

Many people commented under a video uploaded by Dana White on Instagram, saying Sterling did not deserve to win.

People on Twitter shared the same sentiment and criticized the judges’ scoring.

“I thought that the judges blew that one” – Dana White weighs in on Petr Yan vs. Aljamain Sterling 2

Dana White has shared his thoughts on the razor-close fight between Aljamain Sterling and Petr Yan.

At the UFC 273 press conference, the UFC president was asked for his thoughts on the result of the co-main event. White said that, according to him, the judges made a mistake, and Yan should’ve gotten his hand raised instead.

“I thought the judges blew that one. I had it 3-2 the other way [for Yan]. I don’t know how you guys scored it but I guess, it’s all in how you score that first round,” said Dana White.

In his post-fight octagon interview, ‘No Mercy’ demanded a rematch against Sterling. But White stated in the press conference that a fight with T.J. Dillashaw might be next on the cards for ‘Funk Master’.

Watch Dana White’s full appearance at the press conference below: