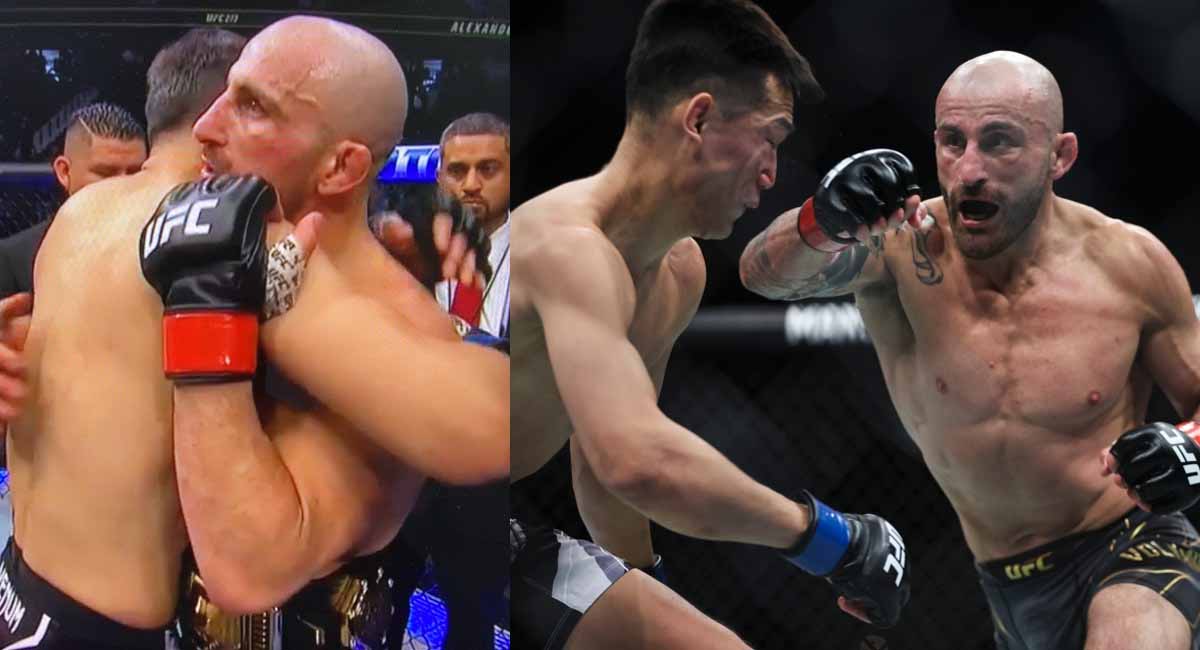 It’s hard not to feel sorry for ‘The Korean Zombie’ Chan Sung Jung following his loss to Alexander Volkanovski at UFC 273. Jung and Volkanovski fought for undisputed featherweight gold in the headliner of the recently concluded pay-per-view event.

The champ retained the title via TKO in the fourth round after dominating the entire fight. This was Jung’s second title fight loss in the UFC. He previously lost to former champ Jose Aldo.

During the post-fight octagon interview with Joe Rogan, the visibly distraught South Korean said he’d reconsider his future as a pro-fighter. While we do know that there’s a possibility that Jung may decide to hang up his gloves, an important message from Jung apparently got lost in translation.

Fans pointed out that the translator for Jung forgot to mention or intentionally omitted the part where he said he doesn’t think he can ever fight for the title again. If true, this could be linked to the South Korean questioning his own desire to continue fighting.

Watch The Korean Zombie’s octagon interview at the end of the article.

Volkanovski put up an absolute clinic on the night, dominating the entire fight with both his striking and grappling skills. Volkanovski had caused so much damage to ‘The Korean Zombie’ that the fight was stopped at the beginning of the fourth round despite the latter being on his feet.

True to his popular nickname, Jung showed incredible heart, resilience and a granite chin to last as long as he did. However, ‘The Great’ clearly made him look like he didn’t belong in there with the champ.