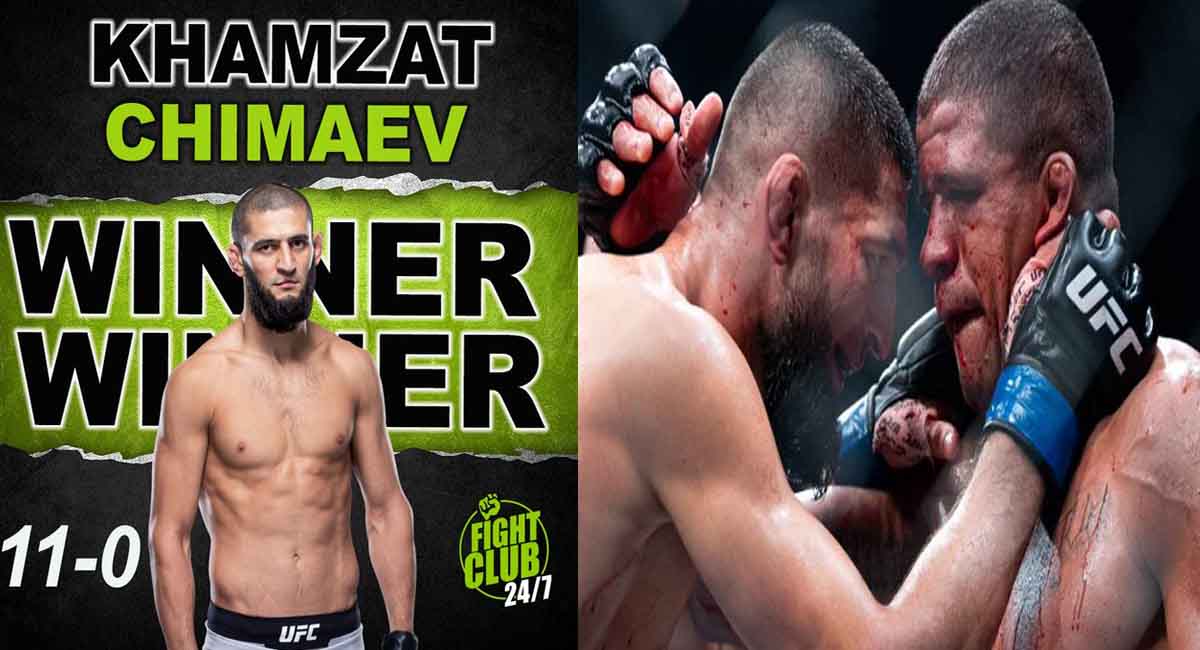 Chimaev (11-0 MMA) was looking to improve his Octagon record to 5-0 with a win over ‘Durinho’ this evening.

Khamzat Chimaev was coming off a dominant first round submission victory over Li Jingliang in his most previous effort at UFC 267.

That win was of course preceded by a TKO loss to reigning 170lbs kingpin Kamaru Usman.

Tonight’s ‘Chimaev vs. Burns’ matchup proved to be an absolute war. Both men were able to land numerous significant strikes throughout the course of the fifteen minute contest, with ‘Borz’ even dropping ‘Durinho’ at one point.

Burns also had Khamzat hurt on a number of occasions and proved to be everything ‘Borz’ could handle. After three rounds of action the bout went to the judges scorecards for decision.

Check out how the Professional fighters reacted to ‘Chimaev vs. Burns’ below:

Who would you like to see Khamzat Chimaev fight next following his victory over Gilbert Burns this evening in Jacksonville?