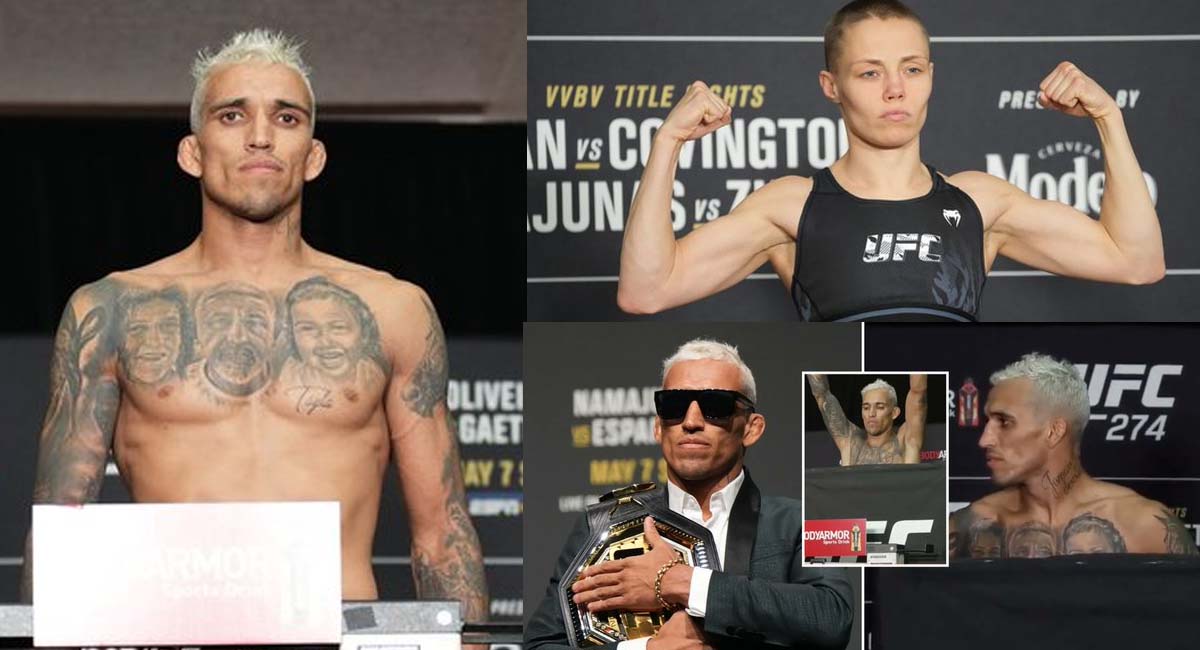 On the night of May 7-8, the 274th numbered tournament of the strongest American mixed martial arts promotion UFC will take place in Phoenix (Arizona, USA), within which two title fights will take place at once.

The procedure of official weighing of the participants of tomorrow’s event took place today. UFC lightweight champion Charles Oliveira was unable to make weight on the eve of the fight with Justin Gaethje, which is why he was stripped of the title.

In a stunning turn of events Friday, Oliveira missed weight on his first and second attempts. As a result, he was forced to vacate the title entering his UFC 274 headliner against Justin Gaethje. If Oliveira wins, the belt will remain vacant. If Gaethje wins, he will become champion.

Oliveira was among the final few fighters to step on the scale during the weigh-in window. He needed the curtain and registered a mark of 155.5 pounds. Per the Arizona commission rules, Oliveira was given one hour to cut the half-pound in order to make the championship limit.

Oliveira took the full our, returned to the scale with the curtain, and a again weighed in at 155.5.

Oliveira, who missed weight multiple times while competing as a featherweight, hadn’t missed weight since returning to lightweight in April 2017. Just minutes before UFC 274 weigh-ins began, Oliveira tweeted that he was already on weight.

In addition to being stripped of his title, Oliveira (32-8 MMA, 20-8 UFC) will also forfeit a percentage of his purse to Gaethje (23-3 MMA, 6-3 UFC), who hit the mark at 155. It’s not known if Oliveira is still eligible to receive pay-per-view points now that he’s no longer champion.

UFC 274, which takes place Saturday at Footprint Center, has a main card airing on pay-per-view following prelims on ESPN and ESPN+.

Full UFC 274 weigh-in results are below:

*Oliveira missed lightweight title limit by 0.5 pounds on both attempts; stripped of belt