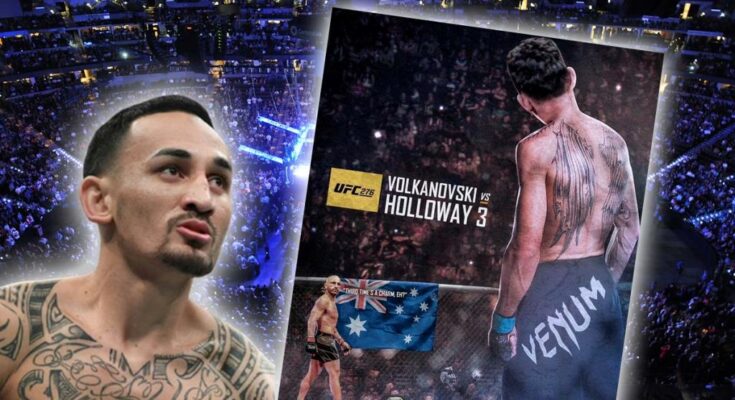 Coming off a dominant finish of Chan Sung Jung at UFC 273 in April, Volkanovski will be making a relatively quick turnaround when he faces Holloway, and Nurmagomedov thinks that will play in his favor.

Max Holloway is unbothered about Khabib Nurmagomedov picking Alexander Volkanovski as the winner of their upcoming trilogy bout at UFC 276. Nurmagomedov also stated that Volkanovski’s “fire” would be a differentiating factor in the Australian’s title defense against ‘Blessed’.

Holloway joked that the “fire” reference could have stemmed from the featherweight champion’s cooking show, Cooking with Volk. That aside, ‘Blessed’ believes that all doubts will be cleared come Saturday night’s co-main event. The 30-year-old recently told Yahoo! Sports’ Kevin Iole:

“None at all, you know?! I mean he is probably talking about Volkanovski having more fire because he has a cooking show or something. Maybe the fire resemblance there. But other than that I don’t know man. I don’t know. Khabib is Khabib. He gonna say what he gonna say and I have no idea what he’s talking about, you know?! I’m here and I’m still doing it so, I can’t wait. There’s a lot of people saying stuff and we get to figure out if everything is true, if I still have the fire come Saturday night.”

Check it out Max Holloway’s interview with Yahoo! Sports below: