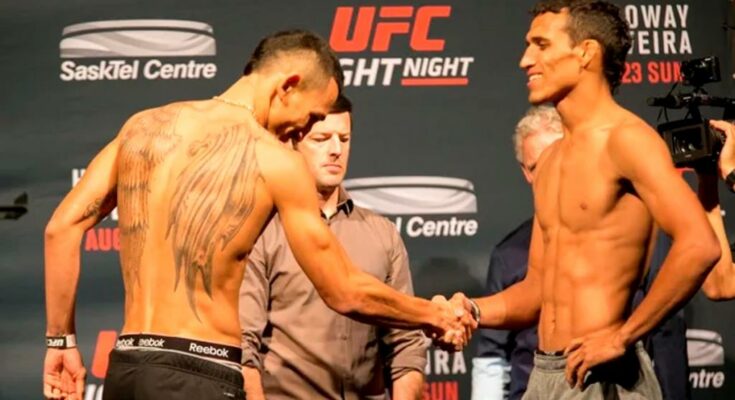 Max Holloway faces Alexander Volkanovski for the third time at UFC 276 to see if ‘Blessed’ can reclaim his featherweight title from the tough Australian. If he does, Holloway wants a second fight against lightweight champion Charles Oliveira next.

Not many remember that Holloway and Oliveira fought back in August 2015. The fight lasted less than two minutes, with Oliveira injuring his neck on a takedown. Speaking to ESPN, Holloway said he still wants to test himself properly against ‘Do Bronx.’

“He and I know that we have unfinished business since like forever [because of how the first fight went] so we’ll see what happens. It’d be an honor to share the octagon again and like I said, Alex is on the other side talking about it, so if we get it done July 2nd, who knows? Dana White’s saying stuff like ‘Alexander, whatever he wants,’ so we’ll find out July 2nd what Max wants and gets.”

First Max Holloway will have to get past Alexander Volkanovski, who took the 145 pound belt off ‘Blessed’ in December 2019 and then edged out a split decision in their July 2020 rematch.

Since then both men have looked fantastic, with Holloway battering Calvin Kattar and Yair Rodriguez while Volkanovski dominated Brian Ortega and Chan Sung Jung.

Watch the full interview with Max Holloway below: