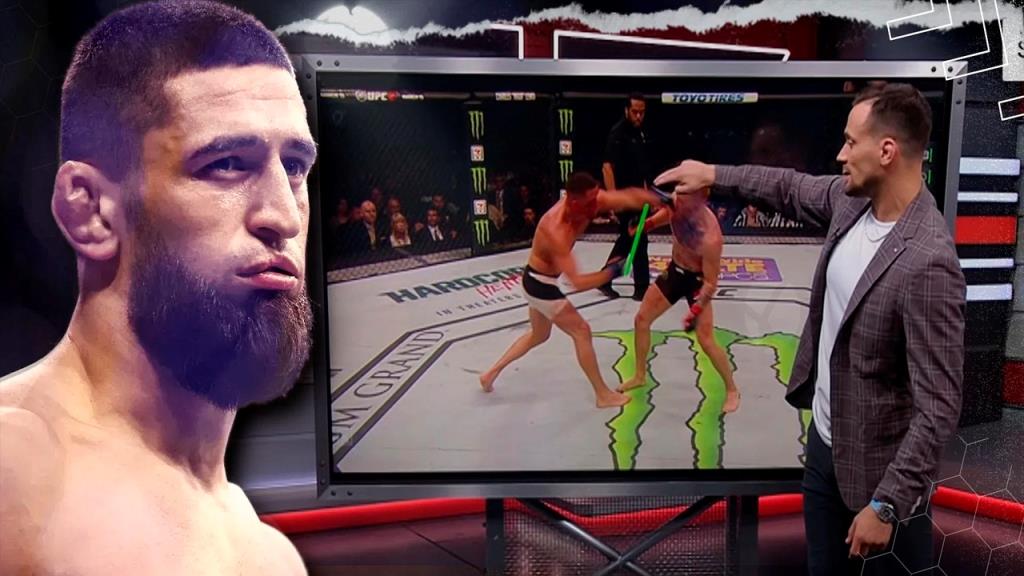 Nate Diaz and Khamzat Chimaev are set to square off in the main event of UFC 279. It is set for Saturday, September 10 at the T-Mobile Arena in Paradise, Nevada.

Brendan Fitzgerald and Glory MMA head coach James Krause were seen in a lead-up video uploaded to the UFC’s YouTube channel. They discussed and gave an in-depth breakdown of the two fighters’ fighting stances.

Krause described Nate Diaz’s fighting technique as “basic,” but the fighter’s one-two combo is commendable, according to the coach.

The Stockton native has been able to hurt many fighters, including Conor McGregor, with the simple boxing combination in the past. However, the reason behind the effectiveness of the basic combination is the rhythm in which the fighter throws his punches.

The former UFC welterweight contender went on to refer to Diaz’s fight against Takanori Gomi and Conor McGregor. The coach noted how after his opponents adopted a southpaw stance against him, Nate Diaz began landing his preferred boxing rhythm.

Now, since Chimaev, too, frequently switches to southpaw in his fights, Krause believes doing so against Diaz may not end well for ‘Borz.’

“His opponent doesn’t see his cross coming [due to fast rhythm]. And you’ll see him do it a couple of times in an row. Once he lands it he finds it again, there’s another one… and starts to pour on the pressure after that. He does it three times in a row, ends with the hook.”

Check out the entire technique breakdown video of Nate Diaz and Khamzat Chimaev in the video below:

Khamzat Chimaev claims Nate Diaz’s toughness is nowhere near him, says the Stockton native had a “good life”