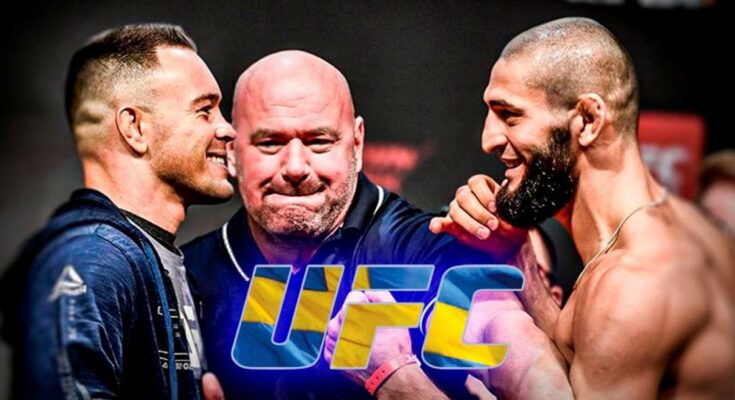 Unsurprisingly, the first name on everybody’s lips is Khamzat Chimaev. The Chechen-born Swede is one of the UFC’s hottest prospects right now and is pushing for a shot at the welterweight title. ‘Borz’ is No.3 in the 170lbs rankings with fans believing a fight against the No.1-ranked Colby Covington makes the most sense.

UFC fans have begun to play matchmaker for Khamzat Chimaev and Colby Covington after Tapology reporter Nolan King revealed that the UFC may be looking to host a card in Sweden in November.

“Sounds like the UFC is exploring the possibility of a Sweden show in November, I’m told,” tweeted Nolan King.

‘Chaos’ last fought in the octagon in March, defeating Jorge Masvidal by unanimous decision. Post-fight however, ‘Gamebred’ reportedly attacked Covington in Miami, resulting in a court case set for August later this year. Should the court proceedings end swiftly, a November fight could well suit Covington.

Many UFC and MMA fans now have their eyes set on seeing Khamzat Chimaev vs. Colby Covington in a No.1 contender bout.

“Kamzat [sic] Colby has to be on there”

“Khamzat vs Colby for the possible main event?”

Should the UFC confirm an event in Sweden, it’ll be the first time the organization has been there since UFC Fight Night: Gustafsson vs. Smith in 2019.