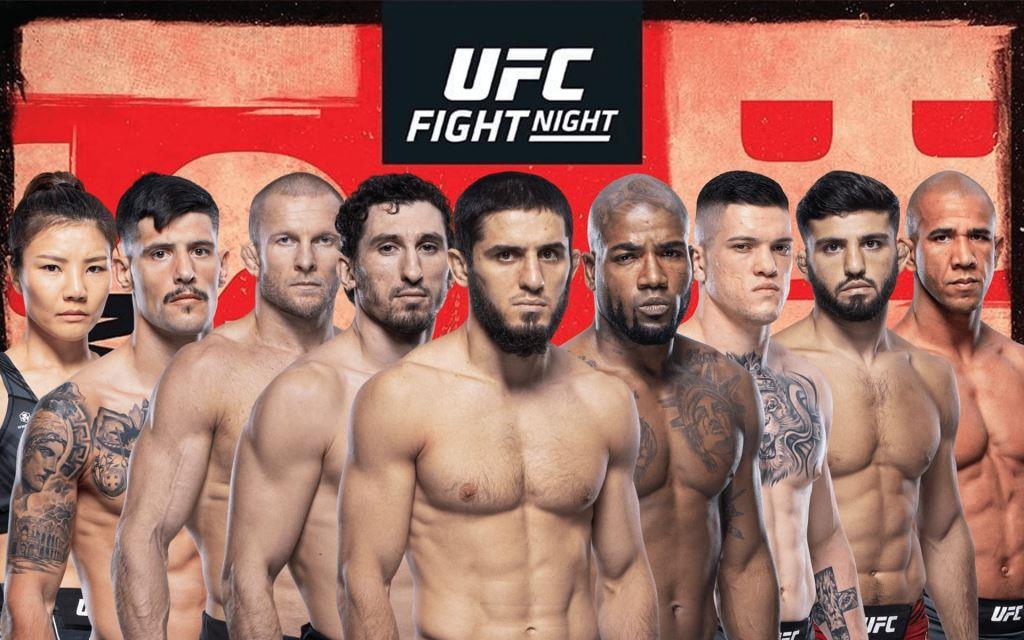 The world’s biggest MMA promotion returned to its Apex facility in Las Vegas with the UFC Fight Night 202 aka UFC Vegas 49 card on Saturday.

No.4 lightweight contender Islam Makhachev took on short-notice replacement Bobby Green in the catchweight main event. He was initially scheduled to square off against No.3-ranked Beneil Dariush. However, Dariush pulled out due to injury.

Meanwhile, Wellington Turman stepped in for Makhmud Muradov in the co-main event as well to take on Misha Cirkunov in a middleweight encounter.

Flyweights Priscila Cachoeira and Ji Yeon Kim featured in the only women’s clash on the main card. Lightweight contender Arman Tsarukyan was also in action against the unranked Joel Alvarez.

Lightweight – Islam Makhachev def. Bobby Green via TKO (punches) at 3:23 of Round 1

Middleweight – Wellington Turman def. Misha Cirkunov via submission (armbar) at 1:29 of Round 2

Lightweight – Arman Tsarukyan def. Joel Alvarez via TKO (punches) at 1:57 of Round 2

Just one minor error from Bobby Green was enough for Islam Makhachev to secure a takedown in the very first round.

The Russian then unloaded on Green while the pair were on the mat to pick up the win.

After not touching gloves before the bout started, winner Makhachev and Green shared a moment of mutual respect inside the octagon at the end of the night.

Wellington Turman turned the tables on his opponent after being taken down. He locked in an armbar on Misha Cirkunov to seal a second-round victory.

Priscila Cachoeira and Ji Yeon Kim went the distance in a closely-contested encounter. It was Cachoeira who came out on top at UFC Vegas 49 with a win.

Arman Tsarukyan racked up a fifth straight UFC victory and a second consecutive TKO triumph. He got the win by dominating Joel Alvarez with some heavy ground and pound.

The main card opened with some aggressive action as Armen Petrosyan and Gregory Rodrigues took each other to their limits. Petrosyan got the call in the end via the judges’ scorecards.