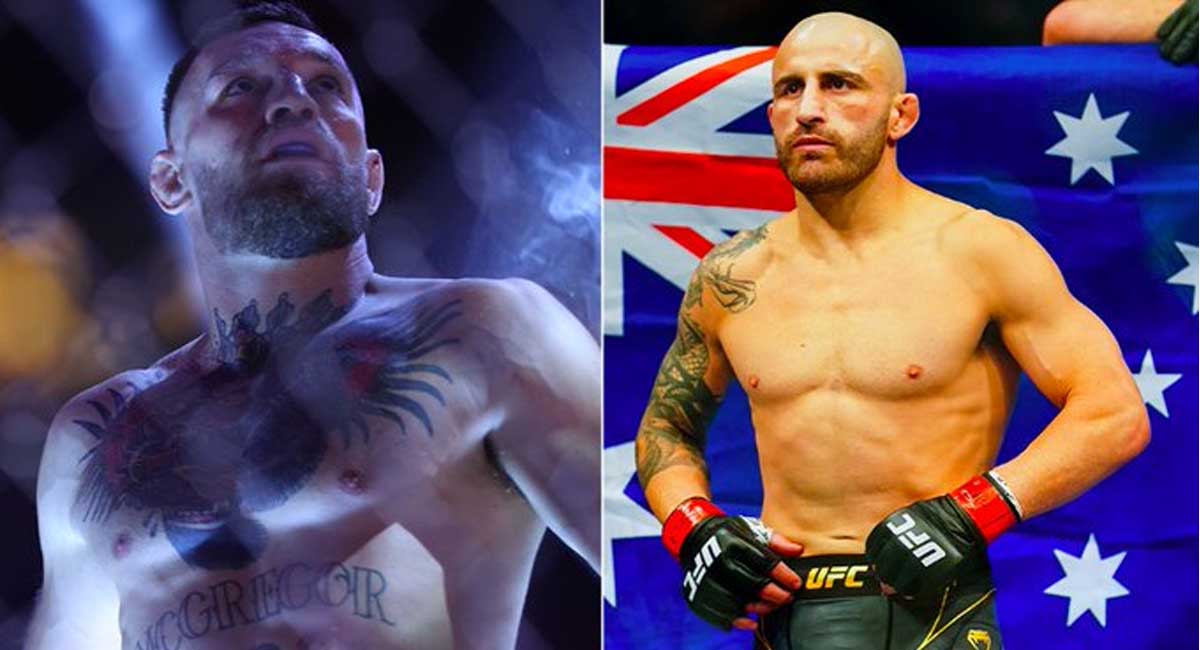 Alexander Volkanovski is dreaming of big fights after defeating ‘The Korean Zombie’ Chan Sung Jung at UFC 273, and it doesn’t get much bigger than a bout with Conor McGregor.

Volkanovski admitted that McGregor was a “dream fight” for him, one that he’d be willing to move up in weight to get. In an interview with Flagrant 2, he said:

“He won’t make featherweight ever again. I’ll fight him at anything, even 170 … He could obviously go down lower so we wouldn’t have to do it at 170. But if that was ‘All right, it has to be this,’ whatever. Let’s do it.”

Alexander Volkanovski has indeed defeated everyone who has held the UFC featherweight title except Conor McGregor. Jose Aldo was crowned the inaugural UFC featherweight champ in 2010. ‘Scarface’ then held the belt for 1,848 days, defending it seven times before McGregor beat him in December 2015.

Jose Aldo regained the belt when McGregor was stripped in November 2016. Max Holloway took it off him in 2017, and Alexander Volkanovski took it off Holloway in 2019.

Watch the Flagrant 2 interview with Alexander Volkanovski below: