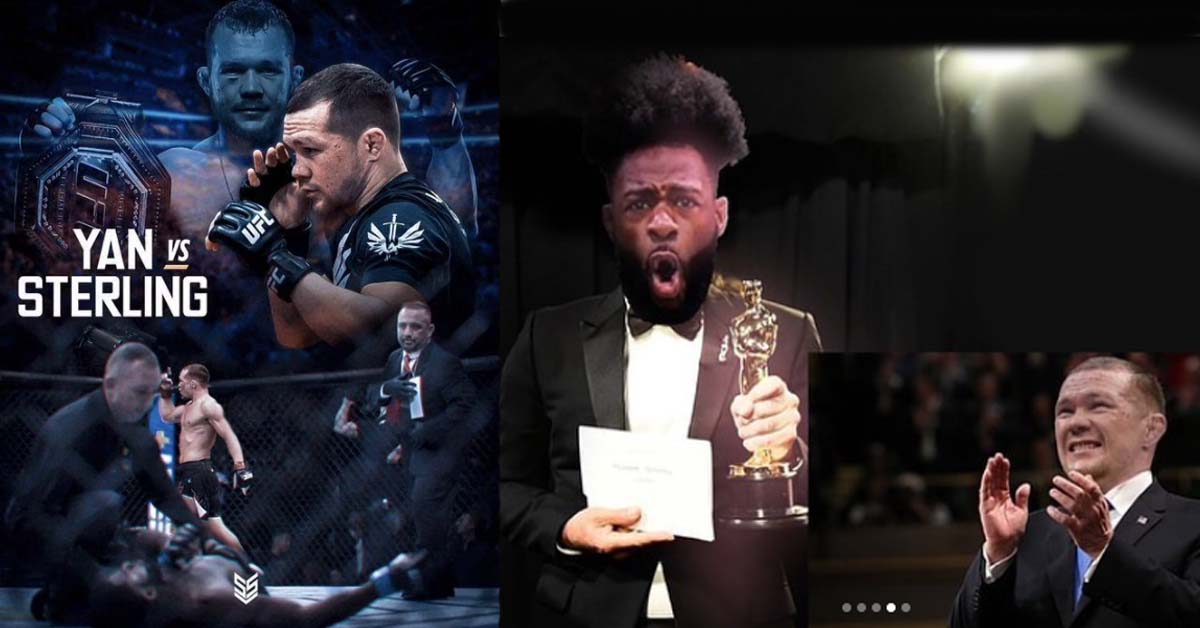 Aljamain Sterling took to social media on Sunday to reminisce about his first fight with Petr Yan.

Sterling, the current bantamweight champion, became the first fighter in UFC history to win a championship by means of disqualification. At UFC 259 last year, ‘Funk Master’ took an illegal knee from then-champion Yan in the fourth round of their bout, rendering him unable to continue.

On Instagram, Sterling uploaded a photo of the fight with the following caption:

“One year ago on this day, I forced the Cheatr Rat to take the easy way out, after I dominated him for 4 rounds, and made him surrender his paper belt. Now in 5 weeks I will grant him the rematch that he doesn’t deserve and make the score 2-0. On April 9th you will have no where to run!”

The rematch between Aljamain Sterling and Petr Yan was supposed to happen at UFC 267 last year. Sterling was forced to withdraw from the contest due to lingering neck issues and was replaced by Cory Sandhagen. Yan won the bout via unanimous decision to become the interim champion.

The title unification bout between ‘Funk Master’ and ‘No Mercy’ is set to go down at UFC 273 next month.

Since their first fight, the bad blood between Aljamain Sterling and Petr Yan has been rife. The duo have repeatedly clashed on social media. Yan has incessantly mocked his American counterpart’s reaction to his illegal knee at UFC 259, while Sterling has ridiculed the Russian for throwing the strike in the first place.

Last month, Yan took to Twitter to give his prediction for his upcoming title unification bout with Sterling. ‘No Mercy’ posted an edited image of himself moments after knocking out the champion and wrote in the caption:

Yan and Sterling will lock horns in the co-main event of UFC 273, which is set to go down in Jacksonville, Florida. The event will be headlined by a featherweight title bout between Alexander Volkanovski and Chan Sung Jung. A highly-anticipated welterweight scrap between Gilbert Burns and Khamzat Chimaev is also slated for the upcoming pay-per-view.