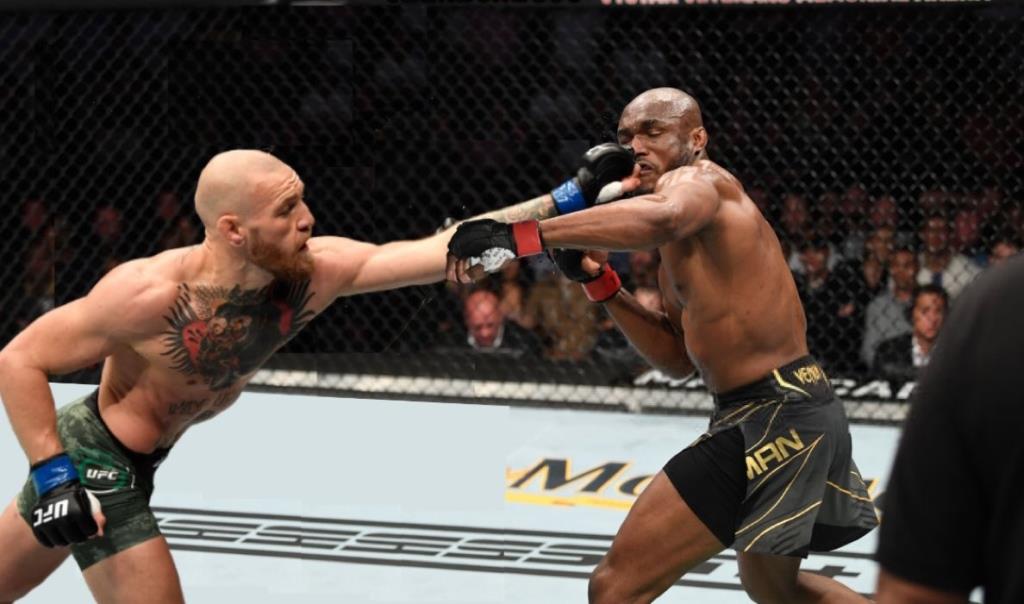 Conor McGregor is relentless in his efforts to mock pound-4-pound king Kamaru Usman. The Irishman reacted to a post about Usman shared by the UFC on Twitter.

The UFC recently posted a couple of images of the UFC welterweight champion with the caption:

In response, McGregor tweeted a laughing emoji, tagging Usman in his post.

Kamaru Usman became the top pound-for-pound fighter in the UFC in October last year. ‘The Nigerian Nightmare’ is undefeated in the promotion and has defended his title five times since beating former champion Tyron Woodley in 2019. The 34-year-old is reportedly set to face Leon Edwards for his next title defense later this year.

Meanwhile, Conor McGregor is currently nursing a leg injury that he suffered during his trilogy bout with Dustin Poirier last year. The former two-division champion was previously rallying for a lightweight title shot upon his return. However, he has seemingly shifted his attention to Usman in recent weeks.

According to Usman, ‘The Notorious’ lets his fingers do the talking now to compensate for his recent shortcomings in the octagon. The UFC welterweight champion said in a recent interview with Sky Sports:

“I don’t take anything that he says seriously because I understand he’s just a clout chaser. He’s just looking for clout. He likes to attach his name to the guy at the top of the sport, just to announce his resurgence… “