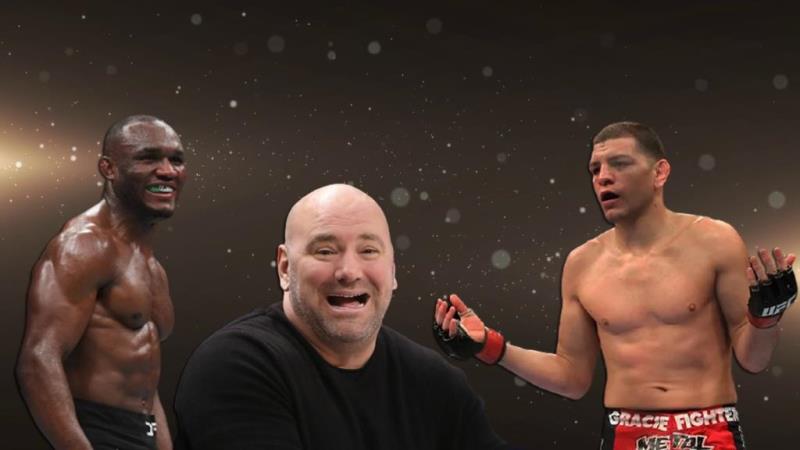 Dana White reacted to Nick Diaz’s desire to fight Kamaru Usman. The head of the UFC considers the desire of Diaz to share the octagon with the current welterweight champion Usman absurd.

In a recent interview with ESPN, the eldest of the Diaz brothers (26-9 MMA, 7-6 UFC) expressed dissatisfaction with the organization of a rematch with Robbie Lawler at UFC 266, because it seems to him that he should have fought Usman instead.

“You think he should be fighting Kamaru Usman?” Dana White told Yahoo Sports. “You know what I’ve been saying lately: Kamaru Usman is the pound-for-pound best fighter in the world, OK? (He beat Jorge) Masvidal twice, Gilbert Burns, Tyron Woodley, (Rafael dos Anjos), Demian Maia, Leon Edwards. I mean, the list of guys that this guy has beaten is unbelievable, and the way that he beat them.

“He’s the world champion in that division and he’s the pound-for-pound best fighter in the world. Does anybody out there think that that’s who Nick Diaz should come back and fight after not fighting for seven years? That would be an idiot that would make that fight.”

Nick Diaz knocked Lawler out in their first meeting at UFC 47, which took place in 2004. The superstar from Stockton, Calif., hasn’t competed since a decision loss-turned no contest against Anderson Silva in January 2015 and his return doesn’t seem to be a one-off thing. Diaz said he intends on competing more, especially if he gets his “ass whooped” by Lawler.