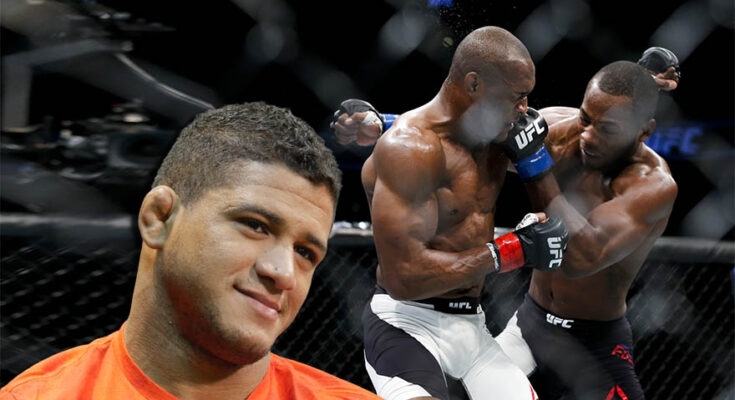 UFC welterweight champion Kamaru Usman has been dominant, but Gilbert Burns thinks Leon Edwards could prove to be his toughest test.

“The Nigerian Nightmare” already defeated Edwards in 2015, but the Brit has not lost since, going unbeaten in his past 10 fights.

Burns, a training partner of Usman’s at Sanford MMA, fell short in his title quest against Usman at UFC 258. After a strong first round where he dropped the champion, he was ultimately finished in Round 2.

Usman was pushed in his two wins over Colby Covington, and undefeated star Khamzat Chimaev is eager for his shot after outlasting Burns at UFC 273.

“I’m telling you right now, Leon Edwards is very underrated,” Burns told Brendan Schaub on “Food Truck Diaries.” “That guy is very good. Just think about it: a striker, long and a southpaw. That’s already tough, and that guy has a great team.”

Having both trained with and competed against Usman (20-1 MMA, 15-0 UFC), Burns thinks Edwards possesses the skillset to trouble the champion.

“I think out of these three guys, Leon has more chance to beat Kamaru, and I think that fight is gonna be close. Kamaru is very smart. He’s been there a couple of times. I think he’s gonna take the fight very serious, but if he doesn’t, it’s a mistake. It’s a rematch, now fighting for the title. That guy’s been waiting for the opportunity.”