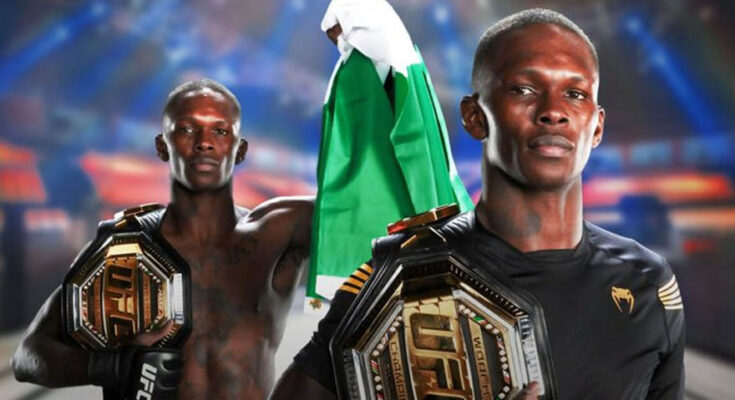 UFC middleweight champion Israel Adesanya says he has only once worried about the outcome of his fight.

Israel Adesanya named his UFC 236 fight against Kelvin Gastelum as the only instance he was worried that the judges might ruin his night.

Judging in MMA has once again come under the spotlight after Holly Holm dropped a decision against Ketlen Vieira this past weekend in the main event of UFC Vegas 55.

While reflecting on the recent discourse, ‘The Last Stylebender’ revealed the only time he was worried that a decision might go against him. Speaking to Combat TV, here’s what the UFC middleweight champion said:

“I think the Gastelum fight was the only one where I was like please don’t screw me over. That was the only one I felt like, ‘Oh, don’t f*cking screw me over. I won that sh*t.’ But, nah. Most of my fights, I know I won. Even if it was close, I know I won. Finally watched the Robert fight, two months after the fight. I knew I won. Just because it was close, and he might have taken a round, people kind of like, it gets blown up more than it is. Because I am who I am.”

Israel Adesanya and Kelvin Gastelum engaged in a back-and-forth contest at UFC 236, with ‘The Last Stylebender’ claiming a decision win. While he faced some adversity during the contest, it helped him become the dominant champion that he is today.

Israel Adesanya has made fights look easy in the past, so it certainly isn’t out of the question he does the same on July 2. However, since dropping down to middleweight Cannonier has been a tough out for anyone as his only loss was to Robert Whittaker in a fight that he had rocked the former champ, proving he is always a tough out.

Adesanya (22-1) is coming off the decision win over Robert Whittaker at UFC 271 in February to defend his belt after defeating Marvin Vettori back in June to get back into the win column after the loss to Jan Blachowicz for the light heavyweight title. Before the loss, he had beaten Paulo Costa and Yoel Romero to defend his titles after winning the strap by KO over Whittaker.

Jared Cannonier (15-5) is on a two-fight win streak after knocking out Derek Brunson in a violent fashion back at UFC 271. Prior to that, he edged out a five-round decision over Kelvin Gastelum to get back into the win column after losing to Whittaker. He’s currently 5-1 at middleweight and looks to hand Adesanya his first UFC loss at middleweight, but the champ has a much different plan for it.