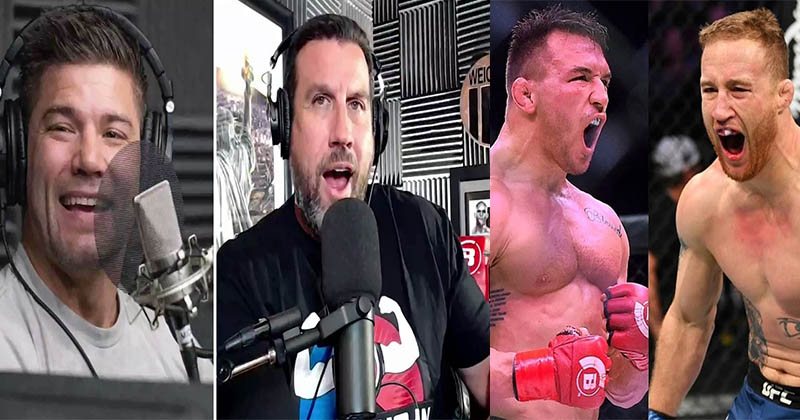 Justin Gaethje and Michael Chandler will face off in the long-awaited lightweight bout at UFC 268 on November 6. The fight between the two main contenders in the division promises to be an exciting thriller. The winner of the fight may also be next in line for a fight with the winner of Charles Oliveira against Dustin Poirier.

John McCarthy and Josh Thomson discussed the upcoming fight between Gaethje and Chandler in the latest episode of their podcast. According to them, if the fight remains on its feet, Justin Gaethje is more likely to raise his hand. But if Chandler manages to move the fight to the ground, his chances of winning will increase by a considerable margin.

“On the feet, Justin Gaethje wins this fight. On the ground, Chandler wins this fight. But as the fight goes on and it’s only a three-round fight, Chandler is a stud for three rounds. He starts getting to that fourth and fifth round, he tends to slow down. This is going to be one of those fights where if Justin can catch him, he can get him out of it. Justin uses his kicks, he can potentially get him out of there too because Chandler’s real light on that lead foot and he bounces around a lot He needs that movement to stay out of the range. So if Gaethje starts using his leg kicks which everyone has told me they’re just nasty and they’re hard and he’s fast with them but I don’t think he has the wrestling to stop Michael Chandler. If Michael Chandler gets on top of him, Justin Gaethje is going to have a hard time,” said Josh Thompson.