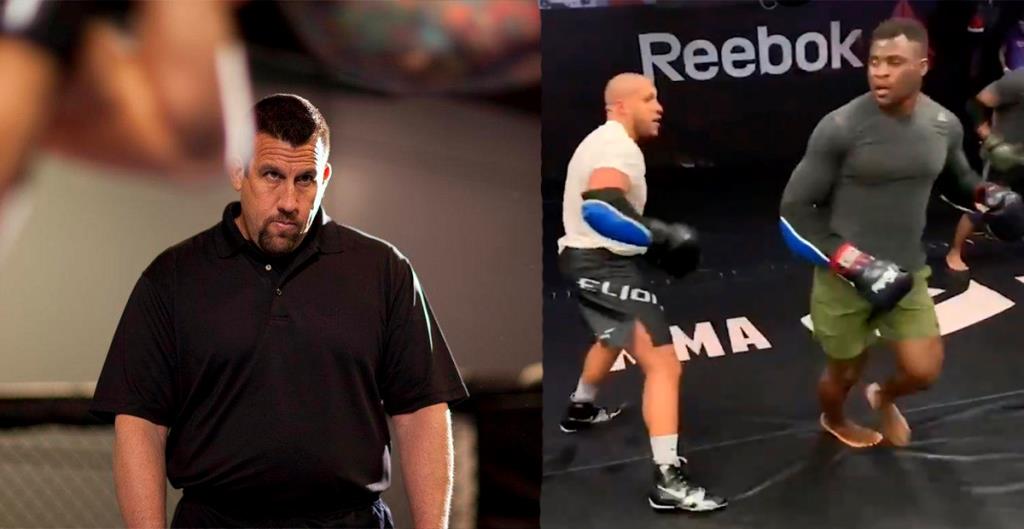 John McCarthy expressed his frustration at the ongoing controversy over sparring footage between Francis Ngannou and Ciryl Gane.

McCarthy slammed Ngannou’s former coach Fernand Lopez for igniting controversy between the two UFC heavyweights. Ngannou and Gane used to train in the same gym, but the heavyweight champion has since parted ways with MMA Factory.

McCarthy was unhappy with Lopez’s statements and said:

“They’re certain things that, it’s not written but it’s code. Don’t talk about what happens in the training room because it’s just training and a lot of things happen. And I’ve seen world champions destroyed by people that are nothing outside of the gym… And I would just say, Fernand Lopez, shame on you dude! You don’t get into this cr*p. Yes, Ciryl is your guy and Francis is no longer and all you say is, ‘hey, I’ve seen Ngannou fight, I guarantee that Ciryl Gane’s going to win, go ahead!… But for you to bring up the sparring, weak!”

Francis Ngannou, who visibly looked fatigued in the clip, also spoke about the footage. The UFC heavyweight champion claimed that the video was manipulated to make Ciryl Gane look better.

The two former training partners will face each other at UFC 270 for the undisputed heavyweight championship.

Ngannou’s former coach Fernand Lopez spoke about the controversial sparring footage between the Cameroonian and Ciryl Gane when the two trained together for a short while in Paris.

Reacting to the footage, Lopez, in an interview with MMA fighting, stated that the footage was manipulated by the UFC. He added that ‘The Predator’ was exhausted and ‘took the knee’ while sparring ‘Bon Gamin’.

“You want me to tell you the truth on the video? The video ends up with Francis Ngannou sitting down in the corner of the gym because he ate the knee of Ciryl Gane in the liver. Knee on the body. He sat down, he was f***ing exhausted, tired, took the knee and sat down. Ciryl went to him, ‘Brother come up, let’s go, let’s keep going, let’s keep training.’ That’s what happened at the end of the video. If you think that there’s something special that you did in the video, please come on, talk.”

Lopez has added more fuel to the fire ahead of the title match. It will be interesting to see who comes out as the undisputed heavyweight champion at UFC 270.