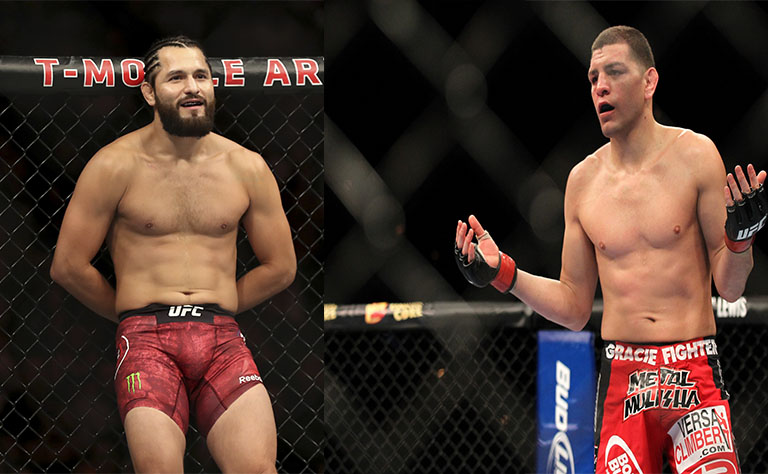 Jorge Masvidal is interested in a fight with Nick Diaz. Nick Diaz may get a chance to avenge his brother Nate if he wins his return fight at UFC 266.

Diaz will return to the octagon for the first time in more than six years on September 25, when he will fight Robbie Lawler in a featured pay-per-view card match at the T-Mobile Arena in Las Vegas. If successful, he could find himself in a fight with one of the biggest stars in this sport.

Jorge Masvidal is currently looking for a rival. Masvidal lost his second title fight in a row to Kamar Usman at UFC 261 in April. The fight between Masvidal and Diaz was discussed earlier, but it never took place.

If Nick Diaz can do his job well at UFC 266, Masvidal tells ESPN that he will be open to finally having a fight together.

“If Nick looks good and does his job, why not me and Nick?” Jorge Masvidal said. “I’d love to fight Nick. It’s a classic fight. It’s a fight that I always wanted to do since I was at Strikeforce at 155 [pounds] and he was at 170. I was like, ‘Man, that’s a dude I would like to fight.’ Nothing personal, just because of his style. The way that he leaves it all out there. If I get a fight with Nick, it’ll be a blessing.”

Jorge Masvidal has a history with the Diaz family stemming back to his UFC 244 “BMF” title fight with Nate in November 2019. “Gamebred” won the fight by third-round TKO due to a doctor’s stoppage.

It remains to be seen if he’ll now fight the other Diaz brother. Masvidal has repeatedly since his losses to Usman that he wants another title shot, and will pursue the fights that get him there fastest.

“The title is everything that’s on my mind,” Masvidal said.