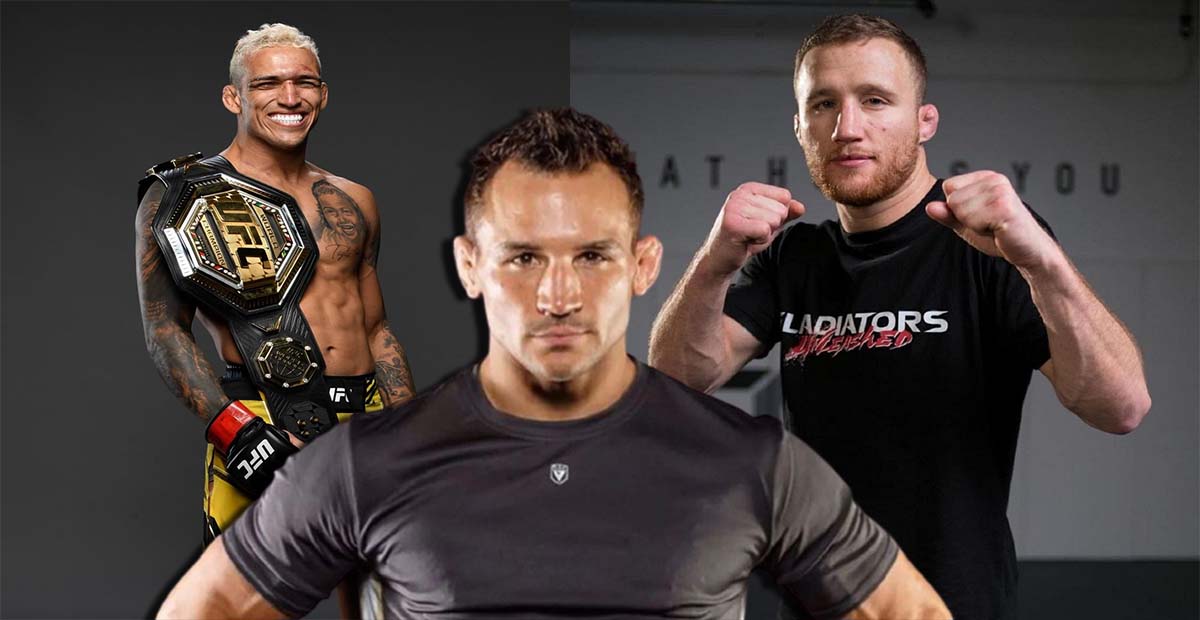 Charles Oliveira is expected to make another title defence and Michael Chandler has shared his thoughts on the same.

Chandler recently discussed who he believes will win in a potential super fight between lightweight champion Charles Oliveira and the No.1-ranked Justin Gaethje.

Chandler knows a thing or two about the two title rivals after facing them in the UFC. The American is a former Bellator three-time lightweight champion. He tested free agency and signed for the UFC in 2020. Fast forward to 2022, Chandler has competed three times in the UFC with two performances garnering bonuses.

Michael Chandler spoke on Ariel Helwani’s The MMA Hour and explained why he backed Charles Oliveira to get the job done.

“Man, I think, I think Oliveira might win that fight man. I’m telling you, there’s been a maturation process that we’ve watched. There’s been a… you know, we look at Charles Oliveira, he has a spotty past. A couple of ups, he has a lot a lot more downs than a lot of people. Lots of losses, lots of those at 145. Missed weight. Given up on himself, quit on himself. That’s been one of his things. We saw that against me, he didn’t give up on himself,” Michael Chandler said.

Chandler has faced both Oliveira and Gaethje. The two are being linked to a fight for 155-pound gold later this year. In his second fight with the UFC, Chandler faced Charles Oliveira for the vacant lightweight title at UFC 262. While Chandler almost captured gold, it was Oliveira who weathered the storm en route to earning a TKO victory.

Following his unsuccessful title bid, Chandler then faced Justin Gaethje in a thrilling ‘Fight of the Night’ barnburner. The two took noticeable damage, but the calculated striking of Gaethje was enough to get the judges nod on the scorecards.

Michael Chandler is confident that Oliveira’s troubled background will assist him when competing in his next title fight.

Oliveira was diagnosed with abnormal heart murmurs and had rheumatoid arthritis which affected his ankles. The condition became so problematic that he was told by doctors he may never walk again.

The lingering health issues were so impactful that Oliveira was told at a young age that he might struggle to perform everyday activities. After beating the odds, Oliveira remains lightweight champion and the Brazilian has already notched a successful title defense.

Given that Michael Chandler has competed with Oliveira and Gaethje, his opinion is certainly weighed heavier than most. While the anticipated lightweight title bout has yet to be announced, it appears Chandler is set on his pick as we enter 2022.