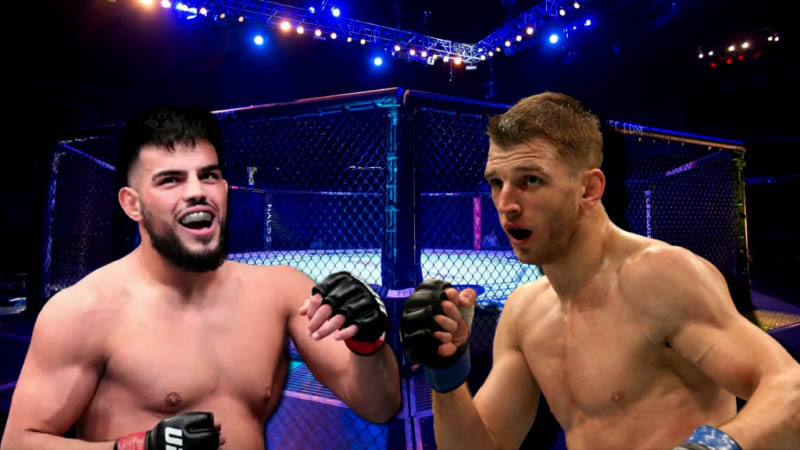 Nasrat Haqparast is experiencing visa problems, the fight with Dan Hooker is in danger again. Just a few hours after Hooker received a visa to the United States, Haqparast reports that he had similar problems.

The UFC 266 fight between Dan Hooker and Nasrat Haqparast looks like it will be exciting. However, both men had to go through a lot of obstacles to try to do this.

Late last week, Hooker revealed that he had trouble getting his US Visa, so that he could travel from New Zealand to Vegas in time to compete. With the help of social media and fans, he was finally able to make it happen, securing his fight with Haqparast.

However Nasrat seems to be having his own problems securing a US Visa of his own. Following in the footsteps of his hopeful opponent, the lightweight prospect posted to his Twitter, tagging the US Consulate in Frankfurt, Germany to try to help him out.

With the global pandemic being what it is right now, all kinds of athletes have had various troubles getting permission to leave their countries. For Nasrat Haqparast, these issues come on the back of a training camp already riddled with issues, as he had to deal with the death of his mother just a few weeks earlier.

As far as the Visa issues go, Nasrat says that he has been trying to secure his Visa and get his passport for several weeks. However with various meetings going nowhere, he felt he had no choice but to reach out to social media for help, still fully prepared to cut and make weight in Vegas on Friday, if he can leave by Thursday.

By the time this fight happens, if it happens at all, Dan Hooker and Nasrat Haqparast will have been through a ton to make it happen. With all of this work, one can only hope that it eventually works out.