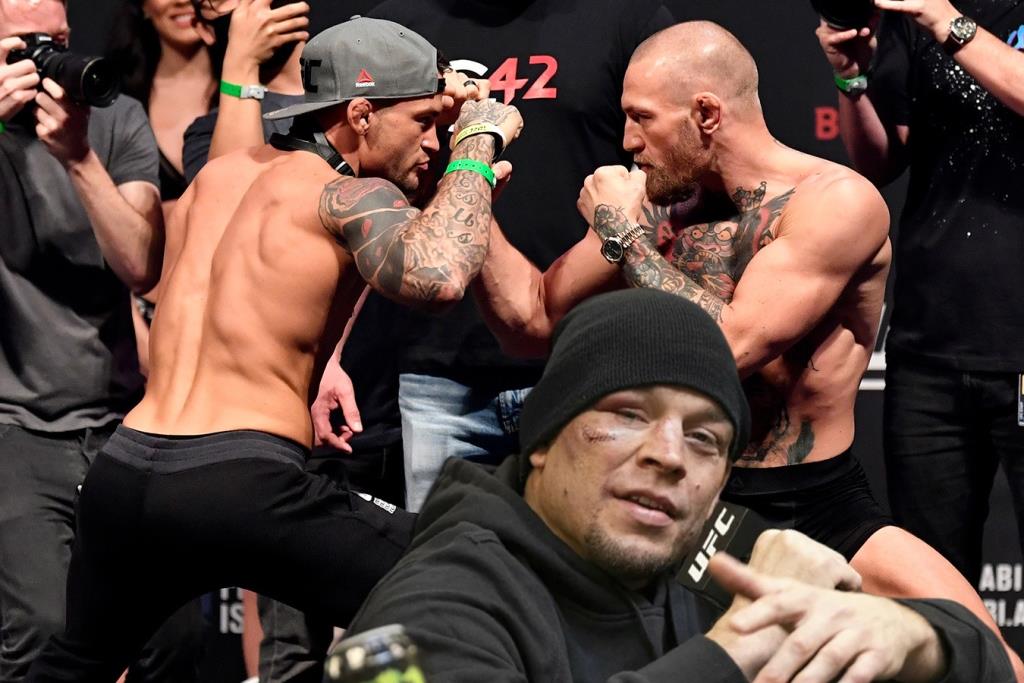 Nate Diaz was supposed to fight Dustin Poirier at UFC 230, but the fight never happened, and the two never fought inside the Octagon. Instead, Poirier ended up forming a major rivalry with Conor McGregor during that period, which culminated in a victory by “The Diamond” at UFC 264 after his opponent’s leg broke in the first round. Diaz has been calling for a fight with Poirier ever since then, and he has even asked to fight him at 185lbs, but Poirier is set to fight Charles Oliveira later this year for the UFC lightweight title.

Diaz, of course, has previously fought McGregor twice, with the fighters splitting a pair of memorable interesting fights back in 2016. In their first encounter, Diaz pulled off an upset submission win over the Irishman with a second-round rear-naked choke at UFC 196. Then, at UFC 202, McGregor got his revenge when he won a majority decision over his rival. The two have since been connected to a potential trilogy fight but as of yet, this fight has not been booked.

Nate Diaz took to his social media on Monday afternoon to make two tweets mocking both McGregor and Poirier while suggesting he knows what it takes to defeat “The Diamond.”

With Diaz looking to stay busy in 2021 following a loss to Leon Edwards in June, and with McGregor out for a year with a broken leg, this fight is unlikely to take place anytime soon. However, it does seem like a trilogy fight that we will see one day.