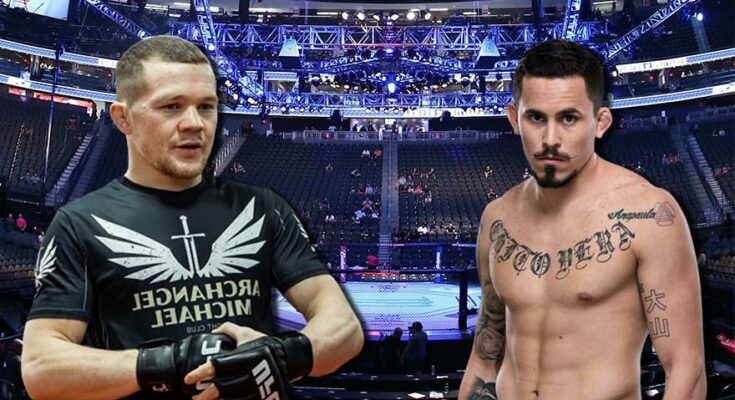 Former UFC lightweight champion Petr Yan responded to Ecuadorian fighter Marlon Vera, who announced his intention to share the octagon with the Russian.

Petr Yan and Marlon Vera want to fight each other but cannot get the details right.

The UFC bantamweight division is heating up. With champion Aljamain Sterling coming off his first title defense the battle begins for the next title shot can begin.

There are a few fighters who are looking to work their way up to a potential bout with Sterling and among them are his last opponent Petr Yan and Marlon Vera. In the meantime, these two are looking to face each other as a means to secure their shot.

Vera proposed a date of August 13, but that may be a little too early for Yan.

“If you want to fight the best you can wait till September/October, but if you want to just to be ufc’s b**ch and fill out the spot in August you can f**k off and don’t waste my time,” Petr Yan wrote on Twitter.

Marlon Vera later replied that he would not be willing to wait and that the UFC offered the date to Yan already.

Vera is coming off possibly the biggest win of his career. He defeated Rob Font by unanimous decision on April 30 and made the jump to the top five of the division. With Yan still at number one coming off his title shot loss, a potential win over the former title hold would surely place Vera in a good position for a title shot of his own.

While these two men continue to talk and set up a meeting, there are a few others trying to jump the line. Jose Aldo has been chirping about wanting another title shot. He has now won three in a row and could be a good fit. Another former champion could be coming for his return title fight as well, that man is TJ Dillashaw. Both Dillashaw and Aldo are currently ahead of Vera on the rankings list.

Marlon Vera has not been shy since his last win and is looking for any means to a title shot, whether that be waiting for Yan, or fighting any of the men ahead of him. He was also calling out Dominick Cruz recently. Either way, Chito Vera is a man on a mission.