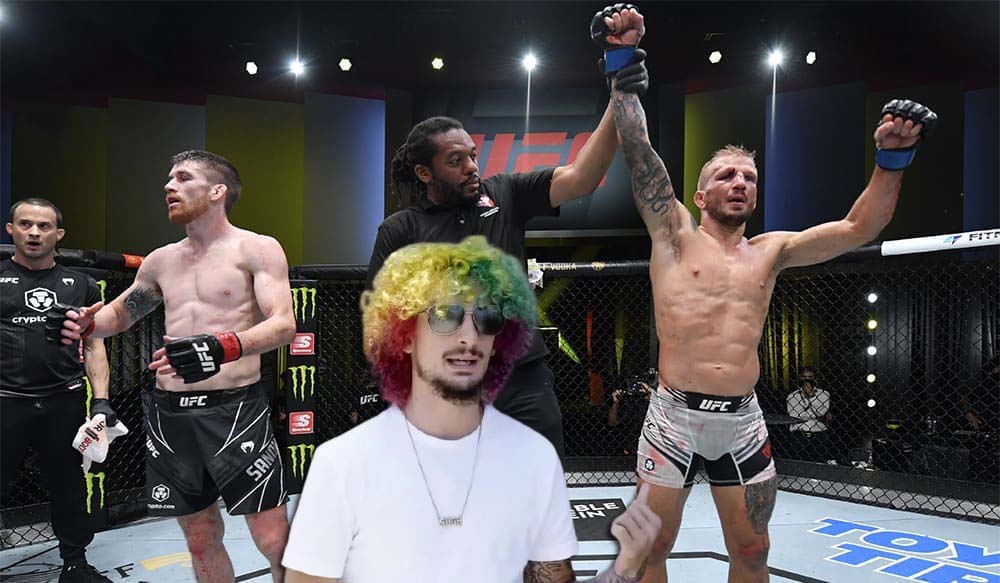 Promising UFC lightweight fighter Sean O’Malley praised the former champion of his division T. J. Dillashaw for his fight with Cory Sandhagen at UFC on ESPN 27, in which he won by a split decision of the judges.

The 26-year-old bantamweight said he was highly impressed by the skills that Dillashaw exhibited in his fight against Cory Sandhagen this past weekend.

Dillashaw and Sandhagen competed in a sharply-contested five-round battle inside the UFC Apex. At the end of the fight, it was the 35-year-old veteran who walked away victorious.

In the latest video uploaded to his YouTube channel, Sean O’Malley weighed in on the fight between his fellow bantamweights and shared words of praise for the victor.

Commenting on the much-debated outcome of the fight, O’Malley said he understands how close the fight was, and that a win for Sandhagen would have made sense too.