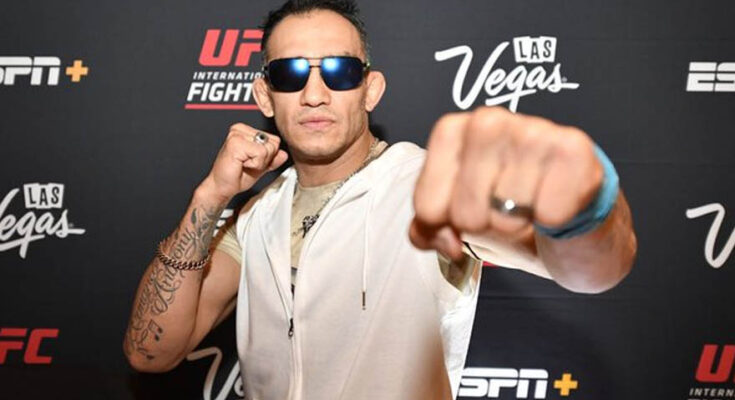 American mixed martial arts fighter Tony Ferguson says he would like to share the octagon with his compatriot, former UFC title challenger Dustin Porier in his next fight.

Tony Ferguson isn’t looking to take a step back in competition after four consecutive losses.

Tony Ferguson (25-7 MMA, 15-5 UFC), who was on the receiving end of a Knockout of the Year candidate against Michael Chandler at UFC 274 earlier this month, is in a difficult stretch of his career with a skid that was capped off with him taking a punt to the face and being put out cold for the first time.

Although “El Cucuy” plans some major adjustments in the aftermath of his most recent defeat, including finding a new team and training environment, he’s not looking to take any easy fights to get back on the winning track.

In fact, Ferguson, who is No. 9 in the latest USA TODAY Sports lightweight rankings, said his ideal comeback opponent would be No. 2 Dustin Poirier.

“I would love to be able to fight Dustin Poirier,” Ferguson told MMA Junkie. “Obviously he likes to go stand-up. A stand-up battle wouldn’t be bad.”

Ferguson’s call to face a former interim lightweight titleholder like Poirier (28-7 MMA, 20-6 UFC) is admirable. However, the timing might not be realistic. “The Diamond” is champing at the bit to get in the octagon this summer, and after a title-fight loss to Charles Oliveira at UFC 269 last December, he probably isn’t keen on fighting Ferguson at his current stage.

Poirier has said he would be interested in the matchup if Ferguson rights the ship and gets a win, so it could be possible down the line. The pair have been linked to matchups in the past, but nothing ever has been official.

It remains to be seen how the 155-pound class will shake out in the coming months, but Ferguson was issued a 60-day medical suspension after his loss.

Ferguson hopes he will get all his ducks in a row as far as training sooner than later, and at that point he will have communication with the UFC and express his desire to fight Poirier or anyone else who is logical at that point.

“When I’m ready to fight I will let the UFC know,” Fergusons said. “I guarantee you they’ll let me know, too, ‘Hey, this is who we have.’