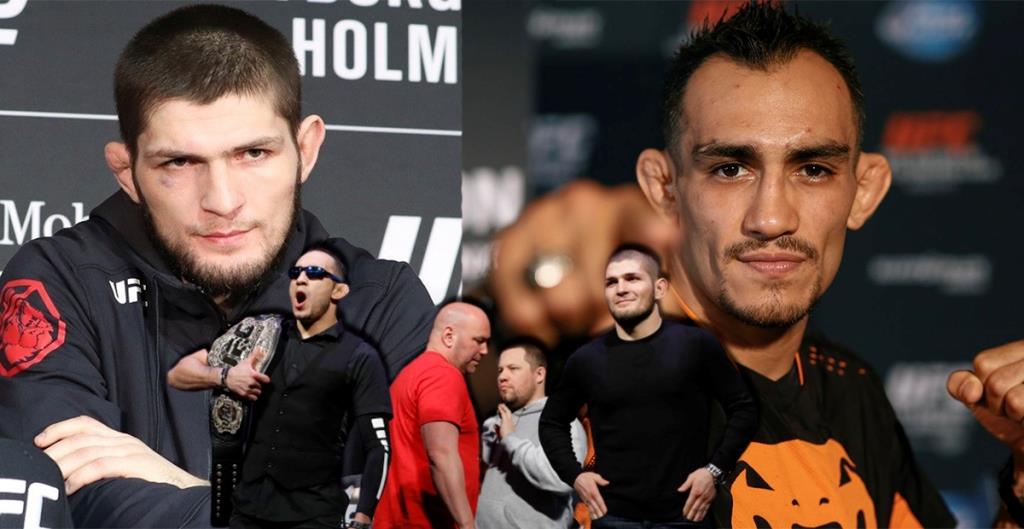 One of the most heated rivalries which never ended inside the UFC cage is between Khabib Nurmagomedov and Tony Ferguson. Both the men were set to clash inside the UFC octagon many times. Unfortunately, the fight never happened, as either of the men pulled out of the bout.

However, ‘The Eagle’ retired from the sport after his last title defense against Justin Gaethje in 2020. Meanwhile, ‘El Cucuy’ is still in the game. However, he is currently facing a rough phase in the promotion. But this isn’t stopping him from taking a dig at his old rival.

The former interim lightweight champion has been taking a jibe at the Russian for a long time now. Recently, he posted a video on his official Twitter account indicating his rivalry with the Dagestan’s son.

‘El Cucuy’ snapped his stunning twelve-fight undefeated run after he lost against ‘The Highlight’ in an interim title bout in 2020. Ever since then, he hasn’t won a single fight and is currently on a three-fight skid.

However, it seems like fight fans might soon see the return of ‘El Cucuy’ inside the UFC cage as the promotion is about to set a fight for him this year. Also, the former interim champion has been going back and forth on the internet with the names that interest him for a fight.

‘El Cucuy’ has a professional fighting record of 26-6 under his name. However, he is 0-3 since 2020 and hasn’t entered the UFC octagon since his last loss against Beneil Dariush.

However, the 37-year-old is ready to enter the UFC cage now and will take on the number five lightweight contender Michael Chandler in order to map his way to the 155lbs gold strap.

On 2nd January, ‘El Cucuy’ posted a tweet on his official account, calling out the former Bellator fighter. He wrote,

“There’s My B**ch!!! @MikeChandlerMMA The Brass @danawhite @ufc Relayed Your Message Saying You Would Be Ready For Me April/June. Looks Like Your Trying To Delay That Ass-Whoopin’ I Owe Ya For Cutting In Line Kid- It’s Wrestling Season MF, Man Up- Champ.”

‘Iron’ is currently fresh from his loss against Gaethje at UFC 268. Ever since his defeat, Chandler has been calling out the former two-division champion Conor McGregor for a slugfest. Interestingly, he also received a response from the Irishman.

However, Chandler also responded to Ferguson’s call out. It seems like the ‘Iron’ is willing to take on any opponent that will get him near the title. Hence, this fight might come to fruition this year if the promotion sets it up for the men.

Until then, the fans will have to wait for any official announcement. What are your thoughts about the video Ferguson posted? Who do you think he should fight in his return?