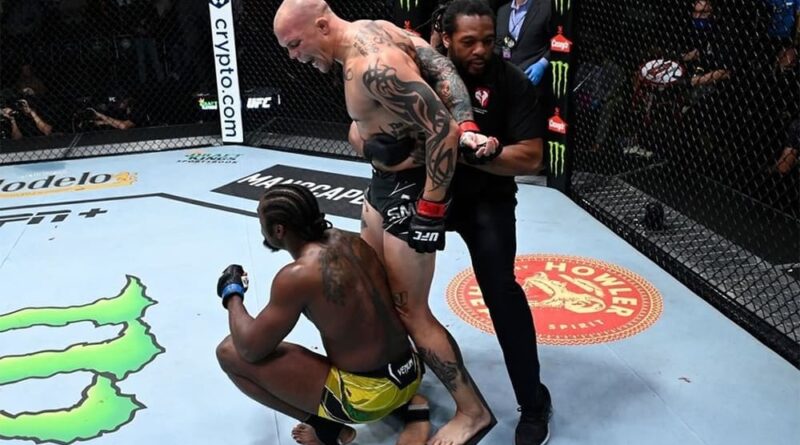 The leading MMA promotion of the planet, as always, distributed bonuses in the amount of 50 thousand dollars after the completion of its next event, UFC Fight Night 192, which was recently held in Las Vegas at the UFC Apex arena.

Considering that exactly half of the UFC Fight Night 192 matches did not reach the decision of the judges, the league management awarded the fighters only for their performances, bypassing the best fight of the evening.

‘Performance of the Night’: Arman Tsarukyan

The fourth consecutive victory for Arman Tsarukyan was the fastest and most lucrative of his UFC tenure. Tsarukyan landed a hard left hand to drop Christos Giagos in the first round and immediately closed in for the finish. After landing a few follow-up punches, he prompted the referee to stop the action for the TKO. He only needed 2:09 to record his first finish with the promotion and also took home his first bonus as well.

‘Performance of the Night’: Nate Maness

In an absolutely wild fight, Nate Maness pulled off an incredible comeback against Tony Gravely. Maness appeared to be in severe danger of being finished at the end of the first round, and had there been a few more seconds on the clock, perhaps his opponent would be taking home a bonus. Maness came on strong in the second round and dropped Gravely from a clean right hook that led to the TKO finish. The win was Maness’ third finish during his current four-fight win streak and second-consecutive bonus.

‘Performance of the Night’: Joaquin Buckley

Joaquin Buckley has quickly become known for gracing the highlight reel with his explosive striking. On Saturday night, he took out Antonio Arroyo in the third round in a fight that was extremely close. A well-timed right hand as his opponent attempted a knee to the body spelled the beginning of the end. After Arroyo crashed to the canvas, the referee stopped the action seconds later, putting Buckley back in the win column in his third performance bonus as he has yet to see the judges’ scorecards in the UFC.

‘Performance of the Night’: Anthony Smith

For the third fight in a row, Anthony Smith recorded a first-round stoppage against very tough light heavyweight competitors. In the main event of UFC Fight Night 192, Smith locked in a rear-naked choke submission on Ryan Spann in the opening round in what was a wild fight while it lasted. Smith picked up yet another “Performance of the Night” bonus, his eighth with the promotion as a whole.