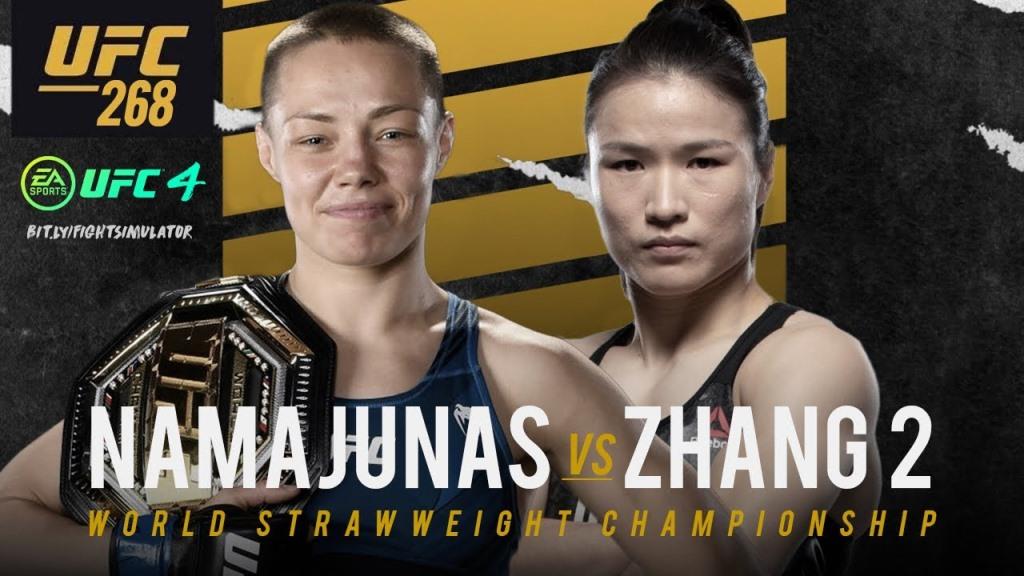 Former UFC minimum weight champion Zhang Weili. spoke about her mood for a rematch with the current title holder Rose Namajunas, with whom she will fight on November 6 at UFC 268.

Despite succumbing to her first loss in the UFC, ‘Magnum’ feels the pressure will be on the champion for their upcoming bout.

“After the fight everybody was surprised by the result. Then Dana said there might be a rematch. The mentality I had before was to go there and learn from each other. Then I went and found out it wasn’t like that at all. So I think I need to take it really seriously now, see the fight like a war. In there, you can’t be distracted even for 0.01 seconds, whether it’s just before the fight or in camp. Last time, there were all kinds of factors. I think this time I would focus more on myself instead of watching the outside stuff. “

“After our first fight, my coach kept telling me that the next will mostly be about mental game. At this level, we’re all close technically. It’s all about who is more mentally steady. I think for the rematch, her psychological pressure might be greater than mine,” said Zhang Weili.

Ahead of her upcoming fight, Zhang Weili began training with former UFC flyweight and bantamweight champion Henry Cejudo and current Bellator lightweight champion Patricio Freire at the Fight Ready MMA gym in Phoenix, Arizona. She claimed that Cejudo had invited her to train with him quite a while ago.

“We met before in Abu Dhabi and felt really good about each other. He invited me to train at his gym after the Joanna (Jedrzejczyk) fight. We didn’t go because of COVID. After the Rose fight, he invited me again. I thought their coaches must be top notch. So I chose to go there ahead of time to get acclimated.”

Weili claimed the strawweight belt at UFC Fight Night 157 with a dominant 42-second TKO victory over Jessica Andrade in August 2019.

In March last year, she successfully defended her title against another former champ, Joanna Jedrzejczyk. The bout was declared Fight of the Year by the UFC.