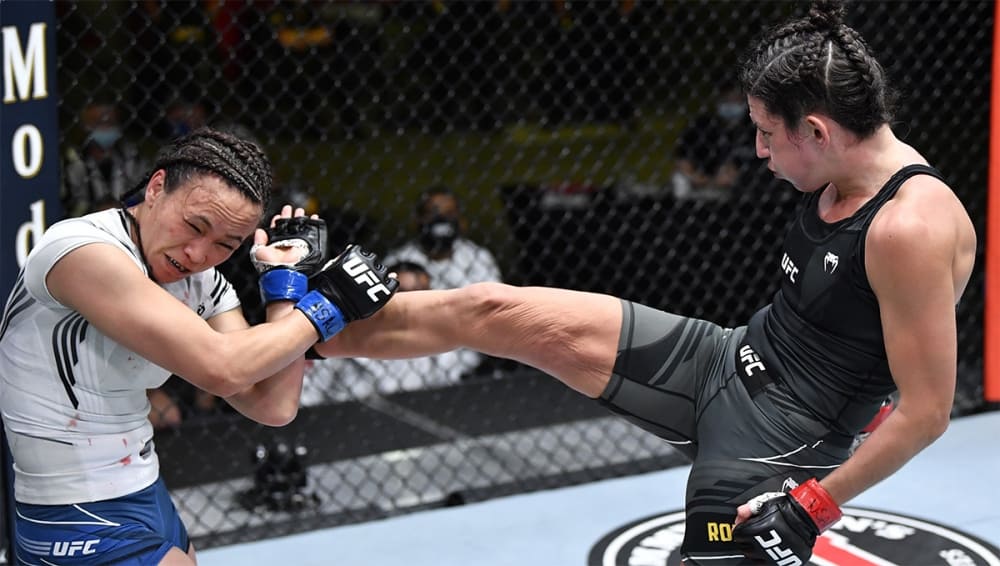 Las Vegas hosted the UFC on ESPN 24 , the main event of which was the women’s flyweight bout between Marina Rodriguez and Michelle Waterson.

Following the results of five rounds of the match, the referees, by unanimous decision with the scores 48-47 and 49-46, twice gave the victory to Rodriguez, who spent most of the fight as number one and dominated the opponent in the standing position.

Thus, Marina Rodriguez won her second fight in a row after losing a split decision to Carla Esparza, while Michelle Waterson suffered her third defeat in her last four matches.

In the co-main event, substitute Alex Morono, already in the first rand, finished by TKO Donald “Cowboy” Cerrone, who has not won six fights in a row.

In the third most important event of the tournament, Neil Magney defeated Geoff Neal twice via unanimous decision, 30-27 and 29-28.

Among other results of the event, we note the victory of Gregor Gillespie, who knocked out Diego Ferreira at the end of the second round.