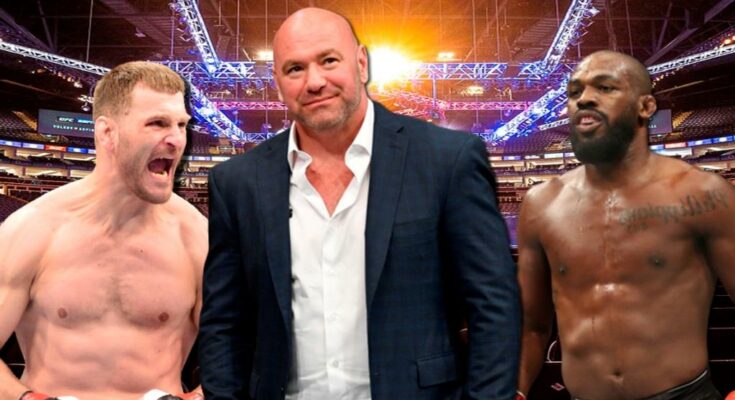 The UFC Heavyweight Title picture is up in the air. Francis Ngannou is the current champion but there are some question marks about his future. He underwent successful knee surgery, so he will be out of action for a while. On top of that, he is in the midst of a contract dispute with the UFC.

Many have been calling for an interim title fight between Jon Jones and Stipe Miocic. Speaking to TMZ Sports, Dana White said that he wants to book Jones for a fight this summer.

“Listen, people have been talking about how awesome this card is, and I was just telling somebody the other day our lineup for this summer is incredible. I’m hoping that Jon Jones is gonna be a part of that lineup this summer.”

Dana White went on to say that a clash with Stipe is the logical step.

Many prominent names in the MMA community have expressed a desire to see this fight. Daniel Cormier is one of them.

“I think we’ll see another interim title. For me, what makes sense for that interim title is Stipe Miocic and Jon Jones,” Cormier said on RC & DC. “I think you put those two together and then no matter who wins, when Francis comes back, you have a massive fight waiting for you.”

Michael Bisping took to his podcast to reveal he also wants to see the matchup.

“They should do an interim title fight between Jon Jones and Stipe Miocic. If Ngannou is having surgery, and if Ngannou is at a stalemate contractually and you know that he’s holding his ground. If that’s the case and he’s not gonna fight then Stipe Miocic vs. Jon Jones for the interim belt makes perfect sense because if anyone deserves it, it’s Stipe Miocic. And then on top of that you’ve got Jon Jones, who definitely given the narrative of what he has achieved in light heavyweight should get a title fight.”