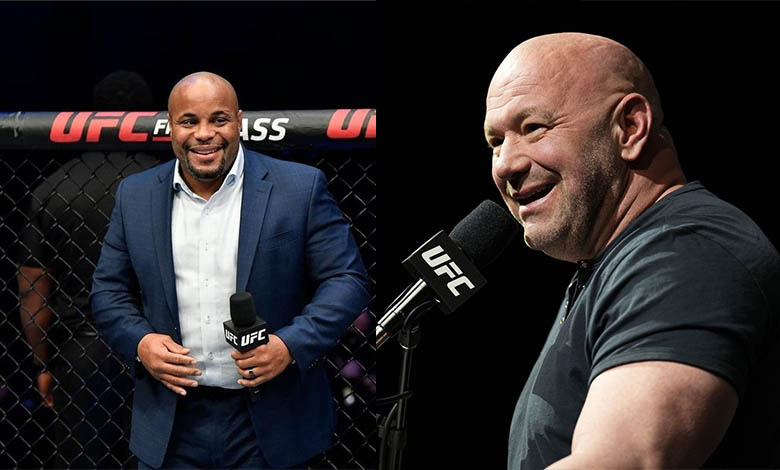 UFC boss Dana White says there’s “one guy” who could replace him but it’s not Daniel Cormier: “I love Daniel but Daniel couldn’t do it”

It’s difficult to imagine the UFC without Dana but it’ll happen one day. The UFC boss is known for being in the public eye and helping keep the UFC a well-oiled machine. Fans have long championed for Daniel Cormier to be White’s replacement when the time comes but it looks like that would be a pipe dream.

Speaking to Robbie Fox on My Mom’s Basement, Dana White said that his replacement would actually be someone very few people know about.

“There’s a formula to what we do and why we’ve been successful and there is a guy, there’s one guy that [can replace me]. There’s certain things that I do that he wouldn’t be able to do but the important things that get done over there is what really matters and this guy could absolutely, positively, do it. Nobody would even know who the f*** he is. He’s a behind-the-scenes guy… Yeah, Daniel Cormier couldn’t do it. I love Daniel but Daniel couldn’t do it.”

Back in 2020, Daniel Cormier told MMAFighting.com that it would be hard to pass on the opportunity to be the UFC President.

“I think anybody in the world in their right might would [take the job]. To be at the head of an organization that does so many great things in terms of entertainment, and not only that, but community help. I think what people don’t see is the type of influence that the UFC has in the community. The work that they do with youth programs and programs around the world.

“I think if you ever have an opportunity or anyone has an opportunity to do a job like that, they would be insane not to hope to have that opportunity. But Dana’s going to be here for a long time. Dana’s the man.”