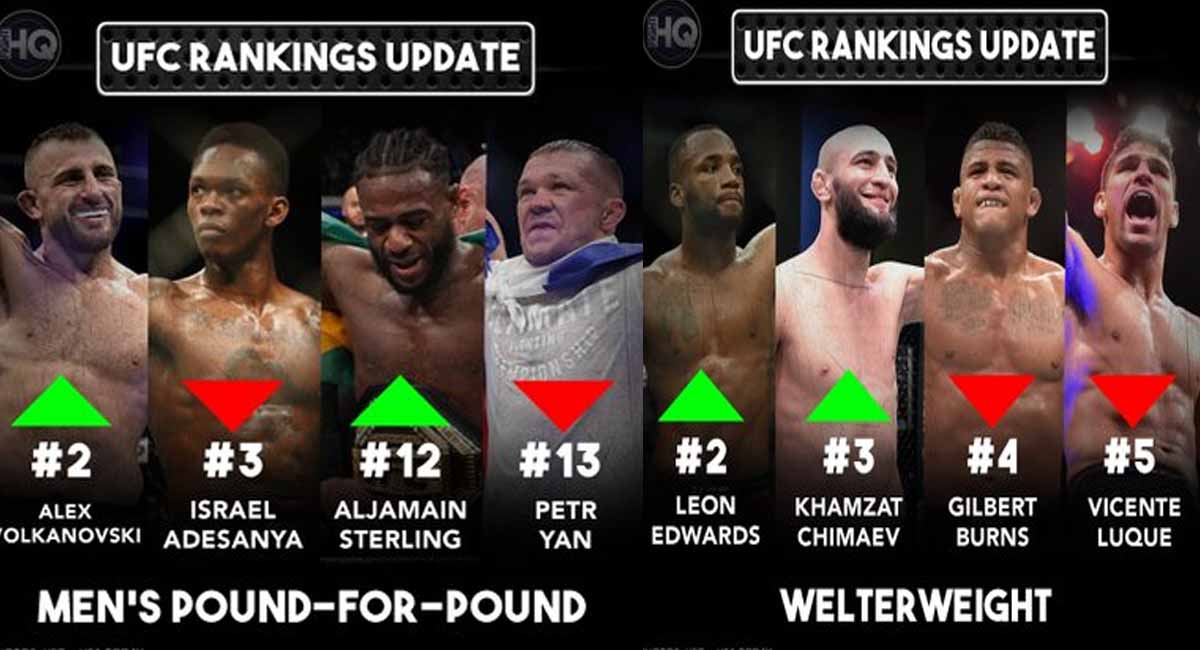 Khamzat Chimaev, Alexander Volkanovski and more fighters from the UFC 273 card have had their rankings updated after the blockbuster pay-per-view this past weekend.

Chimaev was ranked No.11 heading into his UFC 273 clash against Gilbert Burns. He’s now moved up eight spots to claim the No.3 ranking after his win in a back-and-forth war. Burns, on the other hand, dropped two places to No.4 despite his valiant efforts in Jacksonville.

UFC featherweight champion Alexander Volkanovski has moved up a spot to the No.2 ranking in the men’s pound-for-pound list after his dominant win against ‘The Korean Zombie’ in the main event.

With his disappointing loss, Chan Sung Jung has dropped a spot to No.5 in the featherweight rankings.

At bantamweight, Aljamain Sterling defeated Petr Yan via split decision in the co-main event to retain his title. ‘Funkmaster’ is now ranked No.12 in the men’s pound-for-pound list. ‘No Mercy’, meanwhile, has dropped four spots to No.13 on the P4P ladder.

Elsewhere on the main card, Mackenzie Dern bettered Tecia Torres and moved up a spot to No.4 in the women’s flyweight rankings. The Brazilian also gained a spot on the women’s pound-for-pound list and is now ranked No.12.

Raquel Pennington claimed a decision win against Aspen Ladd on the preliminary card. With the triumph, ‘Rocky’ has ascended from No.7 to claim her opponent’s No.4 spot. Ladd, on the other hand, has been downgraded three places.