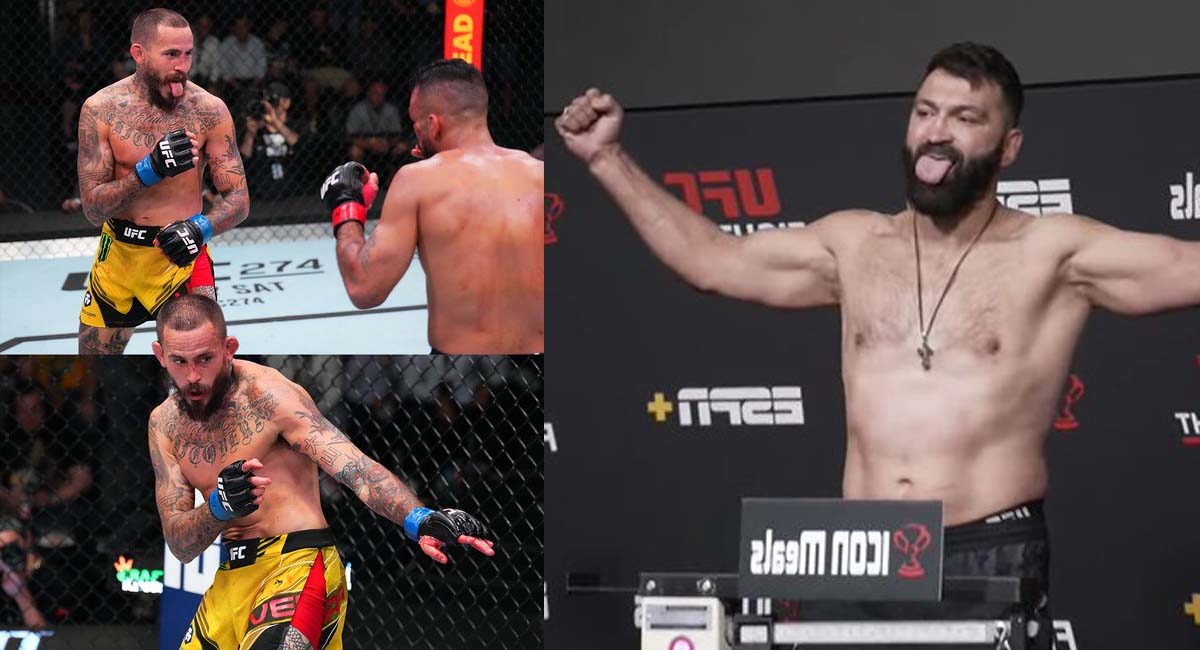 UFC on ESPN 35 took place at the UFC Apex in Las Vegas. The main card airs on ESPN and streamed on ESPN+ following prelims on ESPN2/ESPN+.

Bantamweight rankers #5 Font and #8 Vera showcased elite striking skills in a catchweight bout main event after the former weighed in above the non-title fight bantamweight limit of 136 pounds.

Font’s jab was on point and his stance switching opened up Vera, who used his body kicks and knees to good effect. Font’s output was incredible, but Vera did massive damage.

Upon getting the unanimous decision victory, Vera said, “I feel today something that my coach always says: your mind is finally catching up to your body. It’s been a long road for me, a long journey. Hard work.

“When you do everything you can to win, and put everything else aside, life will give you a good victory. I’m living the dream, I’m going to be a world champion, and I’m bringing the belt to Ecuador.”

In the co-main event, heavyweight legend Andrei Arlovski faced shooting star Jake Collier and went the distance across three grueling rounds. Collier’s damaging shots versus Arlovski’s counters and experience sent the fight to the judges, who gave Arlovski the win by split decision.

Following the decision win, Arlovski said, “I was sure that last takedown meant that I lost, that the third round cost me the victory, but I got what I got. One step closer. After my performance tonight, I have to do a lot of homework with my coaches. Then let’s go.”

While the headliners in the main card ended in decision wins, the under card witnessed a lightning finish as Joanderson Brito didn’t let Andre Fili out of the first round in a featherweight bout, getting the KO in just 41 seconds and earning a Performance of the Night bonus for his short order work.

Also on the main card, Grant Dawson claimed a stoppage win against Jared Gordon in a lightweight bout, while Darren Elkins and Krzysztof Jotko earned decision wins in their respective bouts. In the preliminary card, there were four out of five finishes, but it was lightweights Natan Levy and Mike Breeden who went the distance and made an early case for Fight of the Night honors, going back and forth for three rounds before Levy’s savvy grappling helped him to his first UFC win.

In a flyweight bout, Francisco Figueiredo did earn a Performance of the Night award for his kneebar finish of Daniel da Silva, while Gabe Green, Shanna Young and Alexandr Romanov also earned stoppage wins in their respective bouts.

Fight of the night: Marlon Vera and Rob Font earned fight of the night honors for their thrilling war in tonight’s UFC Vegas 53 main event. ‘Chito’ won the five round battle by unanimous decision and because Font missed weight will take home his bonus as well.

Performance of the night: Francisco Figueiredo pocketed an extra $50k for his slick first round submission win (kneebar) over Daniel Silva.

Performance of the night: Joanderson Brito earned an extra $50k for his first round TKO victory over Andre Fili.

Alexandr Romanov def. Chase Sherman via submission [Americana] – (2:11 of Round 1)