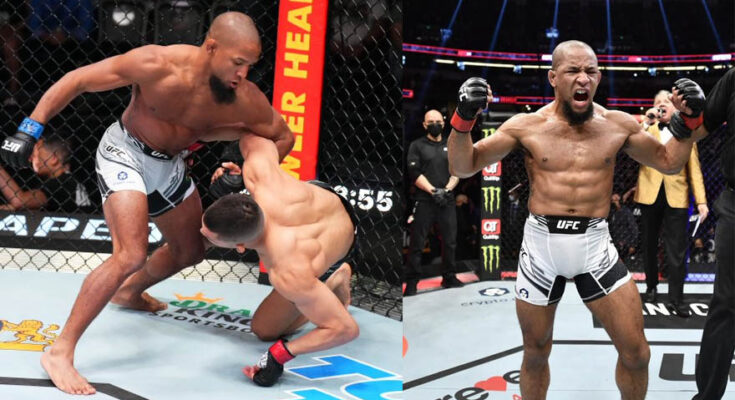 The UFC bantamweight division is one of the more stacked rosters in the promotion. Johnny Munoz and Tony Gravely may not be in the rankings yet, but a win at UFC Vegas 56 on Saturday at the UFC APEX may have been what they needed to move in the right direction.

Gravely (22-7) was by far the more experienced fighter overall and in the UFC. 4-1 so far in his UFC stint and coming off a decision win at UFC 270 over Saimon Oliveira he looked to add another win over a young name to his resume. Gravely was also a former CES MMA bantamweight champion.

This one didn’t last long. Round one began with Tony Gravely looking for calf kicks, but he instead ended up eating a couple himself. Munoz popped the jab out repeatedly.

Gravely continued put the pressure on Munoz, and in a flurry landed a big right hand uppercut which dropped Munoz! From there, Gravely jumped on him to finish the fight and win via TKO.

The win makes it two in a row for Gravely, and is also his second finish inside the octagon.