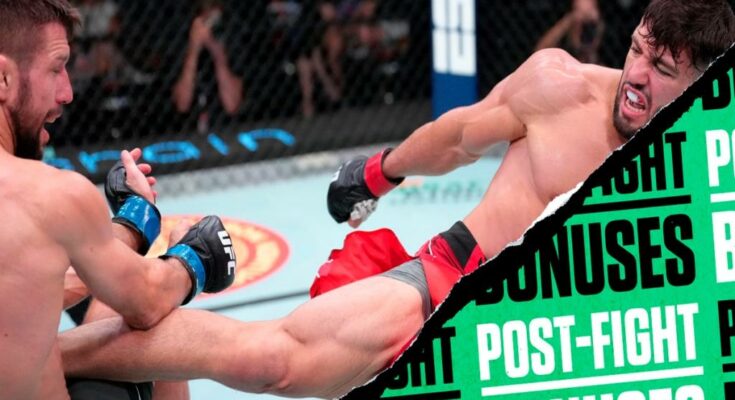 Tonight’s main event proved to be a thrilling back and forth technical fight.

Arman Tsarukyan had the better success in rounds one and two, but Mateusz Gamrot began to claw his way back in round three. Round four proved to be another closely contested contest and fans scorecards were all over the place heading into round five.

The final five minutes was back and forth once again but Gamrot appeared to get the better of Arman in the frame.

UFC Vegas 57 co-main event proved to be a coming out party for Rakhmonov. The Kazakhstan native dominated the fight from start to finish, out performing Magny in both the striking and grappling departments. In the end, he finished the UFC veteran with a guillotine choke late in round two.

Performance of the night: Shavkat Rakhmonov pocketed an extra $50k for his second round submission victory over Neil Magny.

Performance of the night: Josh Parisian earned an extra $50k for his second round TKO victory over Alan Baudot.

Performance of the night: Thiago Moises pocketed an extra $50k for his first round submission victory over Christos Giagos.